Stephen Tucker: Making idealism practical and achievable: can we reach a net zero carbon Edinburgh by 2030? 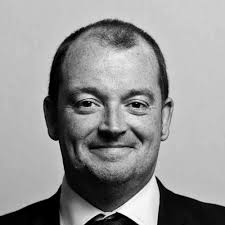 While considering whether Edinburgh can meet its pledge to be a zero-carbon city by 2030, Stephen Tucker takes a broader look at how to achieve zero-carbon at scale from a planning and design perspective.

It seems like every day the world is being forced to deal with a new crisis. But long term, the crisis that planning (a profession paid to think thirty years ahead) needs to focus on is climate change. Scotland is already ahead of the UK with a net zero deadline of 2045, while the recent consultation on our National Planning Framework 4 (NPF4) clearly identified Zero Carbon Scotland as its key objective. The City of Edinburgh Council (CEC) has been focused on faster rates of carbon reduction for some time, and published its ‘short window improvement plan’ late last year, setting out its ambitions to make Edinburgh net zero carbon by 2030.

This acknowledgement of the importance of the next decade in the fight against the climate emergency is both admirable and hugely courageous. As we slowly emerge from COVID-19 there is much to do, to reach this target, and CEC, and Scotland as a whole, is going to have to overcome obstacles in development, planning and design which are both stubborn and systemic as well as some newly realised political barriers.

But what is ‘sustainable’ in a post-COVID-19 world?

To be successful, sustainability targets need to inspire, not prescribe. They need to be ambitious. But they also need to incentivise the private sector to deliver them. The NPF 4 ‘Call for Ideas’ is taking us in an innovation-led direction. Our government and city’s like Edinburgh need to champion and embrace private development to facilitate this. We should be rewarding landowners and developers who want to go green with more housing opportunities, not less. Especially where they can be designed and delivered to aid the countries march to zero carbon.

In Edinburgh, as in many towns and cities, the focus is on retrofit of homes and commercial buildings - removing gas boilers, subsidising double glazing and insulation installation and encouraging solar panels and heat pumps, while driving space efficiency, alongside the maximisation of natural light & ventilation and intelligent lighting.

The main challenges occur when looking at standards for future new development. Passivhaus standards are currently the only widely understood method for securing standout sustainability, and yet achieving them frequently challenges commercial viability for developers and crucially affordability for buyers. End products themselves are also often criticised for favouring function over form. We can and need to do better.

Part of this deep-rooted viability problem is that the UK is a long way behind Europe and Scandinavia when it comes to the market mindset. The European renting model allows developers (especially within the build to rent sector) to prioritise energy efficiency and longevity, because the increased cost will still be recouped over the rental lifespan of the building. In the UK, the huge demand for home ownership, and lack of supply, has fuelled a reactive market focused on producing as many houses for sale as possible, prioritising short build times and low cost over build quality or serious carbon efficiency.

The recent Scottish Government’s consultation on the ‘Presumption in favour of sustainable development’ has also served to demonstrate a breakdown in understanding between the public and private sector. While truthfully only a few words have been changed, the reasoning behind it is evident - ‘it’s our ball’ and if you guys keep winning then we are taking it home. What message does this sudden reworking of a key aspect of the Scottish Planning system deliver in terms of working together to realise better more sustainable places?

Having a political vision for the future housing market and/or for zero carbon is not in itself enough. Scotland is part of a broader UK market (like it or not). Our housing market, while possibly unfair and inaccessible, also forms the bedrock of saving and pensions for large parts of the population. Developers exist to make a respectable profit. They will absolutely pay a premium for high energy efficiency but only where they are incentivised. So you either fund zero carbon developments, and/or you allow more housing to be built while setting high standards for sustainable design performance. Instead, we are asking for higher standards and expecting it to come from smaller, less profitable developments. Not possible.

The reality is that there are no black or white solutions when it comes to achieving Zero Carbon. If we are to hit these goals, we need the public and private sector to work together – and we need to recognise that profit and developer interest have a role to play in getting us there.

A narrow focus on Passivhaus ignores all the innovative hybrid models in between that may be more palatable and affordable as a stepping-stone to more sustainable living. The homes and developments we live in need to be sympathetically designed and planned with the flexibility to evolve with our changing lifestyles and priorities, not to enforce them.

But even more important is the political challenge. We must find ways to ensure that a plan-led system doesn’t quash innovative ideas and solutions to what is a hugely challenging and pressing problem. The Edinburgh / SES Plan property market will play a huge part in driving that process. The current debate around the presumption offers the development industry little hope that the Government recognises the role of the market in achieving a zero carbon Scotland. Let us hope that by holding us to 2030, CEC can help prove that necessity really is the mother of invention.