Tiia Partanen from the University of Strathclyde has been announced as the 15th winner of the 3DReid Student Prize 2021. 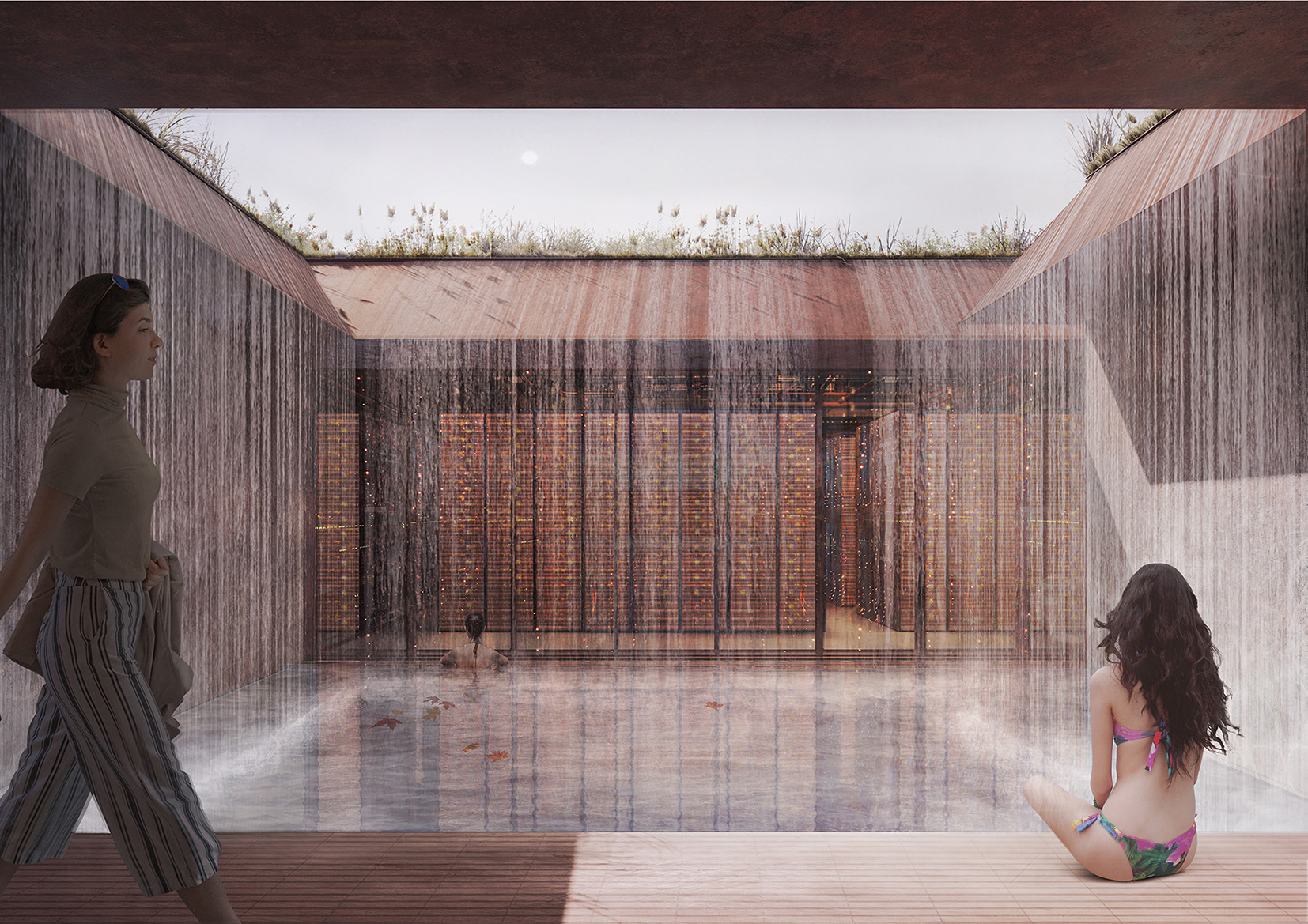 The prize had more entries than ever before with 33 nominations from the top UK architecture schools. Tutors were invited to nominate their best Part II students with the chance for a shot at the £1,000 prize. This year the judging criteria were revisited to reward projects that care about societal and environmental challenges.

Tiia’s project, Cloud Cooperative, tackles the subject of data, challenging the current monopoly on the ownership and storage of our private information. Her response to an infrastructure which is otherwise hidden, inaccessible, remote and abstract is a community-owned research facility that is accessible to all and marries architecture and technology beautifully and responsibly.

Grounding the concept in a real location, Cramond Island in the Firth of Forth off the coast Edinburgh, the Cloud Cooperative responds to the significant environmental impact of the exponentially growing data industry. Based on real technologies, such as deep-water server farms and 5D optical storage, the Cloud Cooperative proposes a three-phase process to achieving carbon-neutral data storage.

The excess heat produced by traditional hard-disk drives is used to heat nearby homes, server farms are submerged in deep, cold waters for passive cooling, and, in the final stage, data is engraved into near-permanent quartz glass blocks – all of this is powered by a tidal power plant, plugged into a new district heating scheme. The Cloud Cooperative has set out to prove that, if we act now, the internet can become both socially and environmentally sustainable.

The four runners up were:

The finalists presented their projects virtually to a panel of judges including:

Mr Dobson said: “We were delighted to see such a strong response to this year’s student prize – with the entries received from 33 schools of architecture from across the UK demonstrating an array of proactive and provocative approaches to tackling the pertinent issues of our times, all of which belied the additional pressures that students must surely have found themselves under this past year, through remote working and detachment from each other, tutors and their studios.

“With such a high quality of work on display, choosing a shortlist was a significant challenge in itself but, following a series of excellent presentations by the final five, a clear winner emerged in the shape of Tiia Paternan’s Cloud Cooperative project.

“The blank anonymity and secrecy of data centres may not present an obvious starting point for the forging of an inspirational piece of architecture but, through interrogation of the way in which data transfer now underpins our lives and in the rethinking of our contractual relationship with this, Tiia has created an ambitious, bold and well considered project, located on the coastline of Edinburgh. Beautifully presented, a strong narrative thread runs from the point of agreement between the cooperative and data providers, through to the final built form.

“We wish everyone who participated well, as they commence their venture into architectural practice and feel reassured that the future of the profession is in such safe and thoughtful hands.”

All the student presentations including Tiia’ can be viewed on 3DReid’s Youtube channel.