Development company S Harrison has transformed a historic building in the heart of Edinburgh’s New Town into a magnificent new boutique hotel for Malmaison. 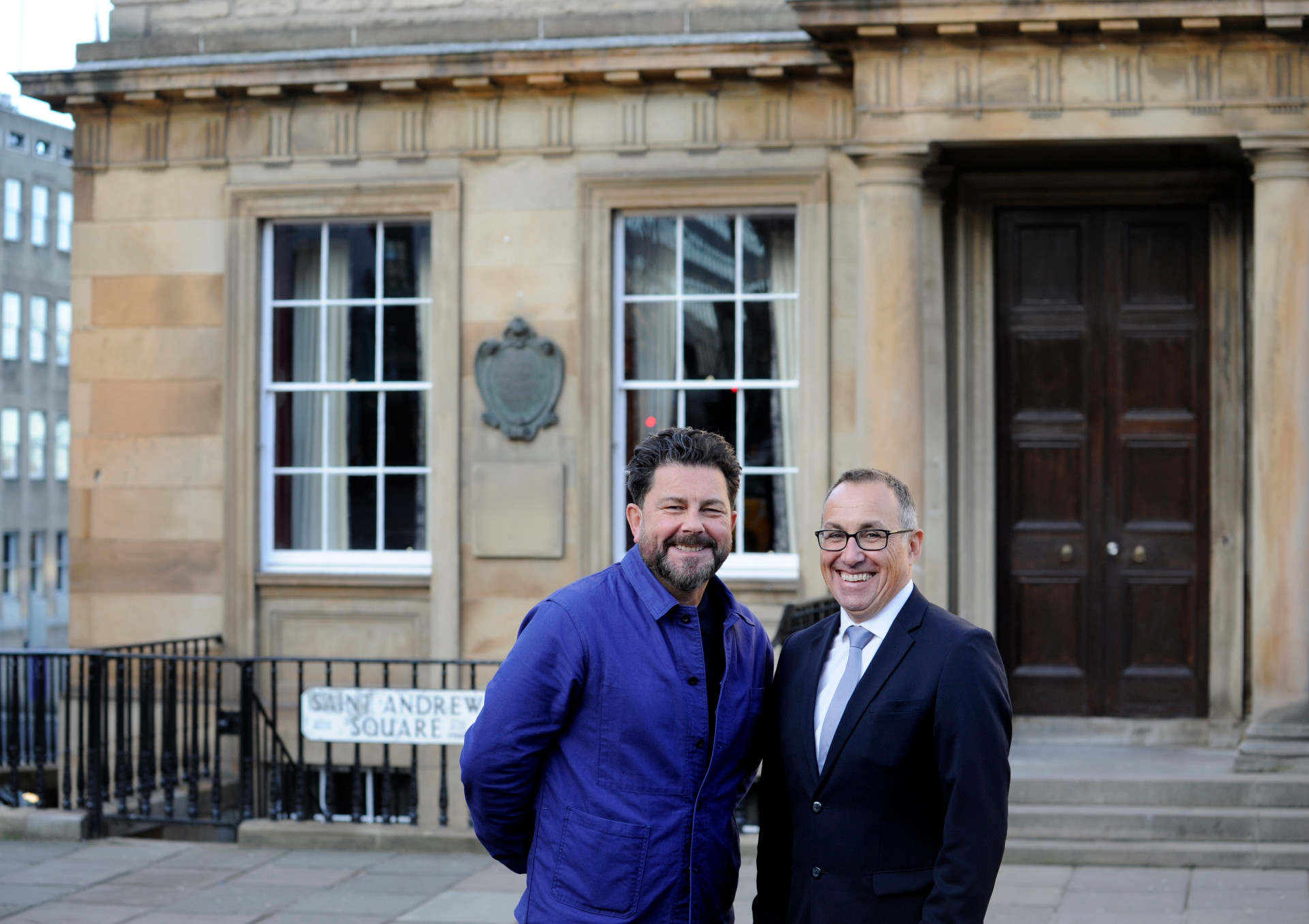 The work has seen the Grade A listed Buchan House, on the north-west corner of St Andrew Square, where it meets North St David Street, converted into a 72-bedroom hotel complete with Malmaison’s renowned Chez Mal Bar and Brasserie.

The hotel has created approximately 50 new jobs and opened on 6th December 2019. It also complements Malmaison’s Edinburgh Leith hotel, which was the first ever Malmaison to open in 1994.

Work transforming Buchan House, which covers approximately 44,000 square feet, started in May 2018 and S Harrison appointed Edinburgh-based Sharkey as principal contractor on the project. The development was financed with a forward funding agreement from a FTSE 100 pension fund, with an end value in excess of £25 million.

David Clancy, from S Harrison, said: “This development has brought a prominent building back to life, along with all its rich architectural heritage and Georgian period splendour. It’s in a fantastic location, on one of Edinburgh’s most prestigious and important squares, and it complements all the other work taking place in the surrounding area, including the new £1bn Edinburgh St James development.

“Our experience of sympathetically restoring historic and heritage buildings, combined with Malmaison’s vision for creating interiors that are distinctive, stylish and extremely luxurious, has ultimately created one of Scotland’s finest boutique hotels. There’s no doubt it’s going to be hugely popular with both business and leisure travellers, from across the world, who want an exceptional and memorable place to stay.”

Guus Bakker, CEO EMEA at Frasers Hospitality, who own the Malmaison and Hotel du Vin brands, said: “Returning to the heart of where Malmaison started is a real milestone for us and we are looking forward to offering a fourth offering in the city, in addition to our Malmaison property in Leith and our Hotel du Vin and Fraser Suites locations in Edinburgh’s old town.

“Edinburgh is such an integral and exciting city and the boutique elements of Malmaison and Chez Mal’s offerings really tie in well to the atmosphere and spirit of the Scottish capital.”

The main part of Buchan House was built in 1775 as five houses by renowned architect and builder John Young, who was the first tradesman to build in Edinburgh’s New Town and became a hugely influential figure within the city’s construction industry. A wide range of eminent Edinburgh individuals, ranging from politicians, Lords and business leaders, lived in Buchan House during its time as a residential address.

More recently it was used as offices by computer giant IBM, which took occupation in 1974.  The building stood empty in recent years and it now forms part of Edinburgh’s New Town Conservation Area and also the Old and New Towns of Edinburgh World Heritage Site.

This project is S Harrison’s second development for the Malmaison Hotel du Vin Group, after it completed work on a luxurious Hotel du Vin in Stratford-upon-Avon last year. The work saw two Grade II listed Georgian townhouses transformed into a beautiful 46-bedroom hotel, close to the centre of Shakespeare’s hometown.

During the Buchan House development, S Harrison made two substantial donations of baby equipment and furniture to Pregnancy Counselling & Care (Scotland), in line with the company’s commitment of supporting charities in the areas where it works. The longstanding Edinburgh charity offers support to anyone struggling due to pregnancy or childbirth. This includes providing counselling on pregnancy-related issues and supporting mothers living in hardship with clothes and equipment to help care for their babies and small children.

S Harrison has made a significant investment in Edinburgh in recent years and is now exploring further opportunities across Scotland’s central belt. In Edinburgh, the company recently secured planning permission to create another stunning new hotel on Osborne Terrace. The transformational scheme will see Osborne House, an old 1970s office building within the Wester Coates area, just West of Edinburgh’s city centre, converted into a new 157-bedroom hotel, with a restaurant and bar on the ground floor.

In October, the company was granted planning permission to develop a 394-bedroom student accommodation scheme, on the corner of Westfield Road and Westfield Avenue, close to Murrayfield Stadium.

The developer is also exploring opportunities for a 0.6 hectare site on Ocean Drive in Leith and a site on Gorgie Road next to the Water of Leith.