Plans to build four blocks of flats on a derelict site on Leith waterfront have been given the green light.

S1 Developments has secured planning permission to build 245 flats at a development branded ‘Skyliner’ at Ocean Drive on the edge of Albert Dock. The flats will be built in four blocks ranging from seven to 13 stories high and will include 61 affordable homes. 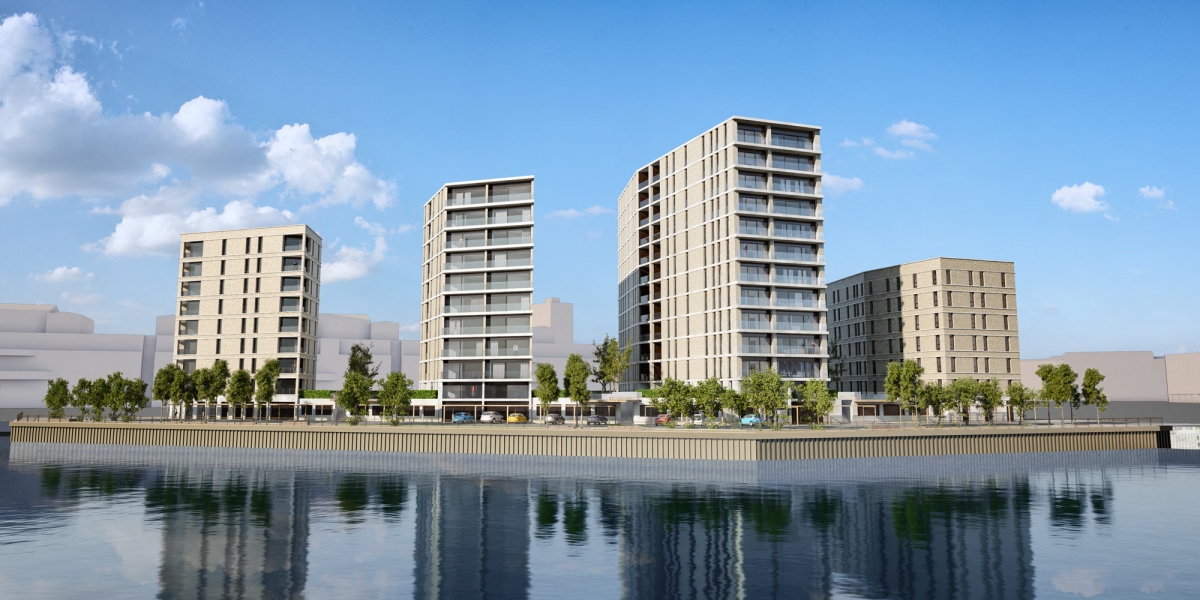 Port of Leith Housing Association is providing 50 of the affordable housing flats on the project.

The development will include 154 underground car parking spaces including 27 electric car charging points and 320 cycle spaces.

The Skyliner development will be built across the road from CALA Homes’ Waterfront Plaza scheme, which in August received the green light for 388 homes.

The Edinburgh Evening News reports that concerns were raised that the social housing block will look different to the rest of the project. Council planning officers said “high quality building materials” would be used, but residents will not have balconies.

Councillor Hal Osler said: “I do have reservations about the social housing. I think they have probably done the best they can. It’s not perfect but at least it goes some way to addressing the issues.

“It puts housing in an area that’s particularly barren at the moment.”

But planning convener Councillor Neil Gardiner called for the plans to be approved.

He said: “There’s some concern about the social housing looking different. The site is in the local plan and it’s achieving a good level of density on this site.

“On the whole, I do support this scheme. I did share the reservations but it’s good quality affordable housing. There’s a lot of three-bedroom flats which I welcome. This site has been left derelict for the best part of 20 years – on balance, I would support the scheme as it stands.”

Conditions were added for the developers to explore options for children’s play space and whether the buildings could be hooked up to any future district heating system.