Coltart Earley Architecture has submitted plans for a 15-home social housing development on a vacant brownfield plot in Finnieston on behalf of Glasgow West Housing Association. 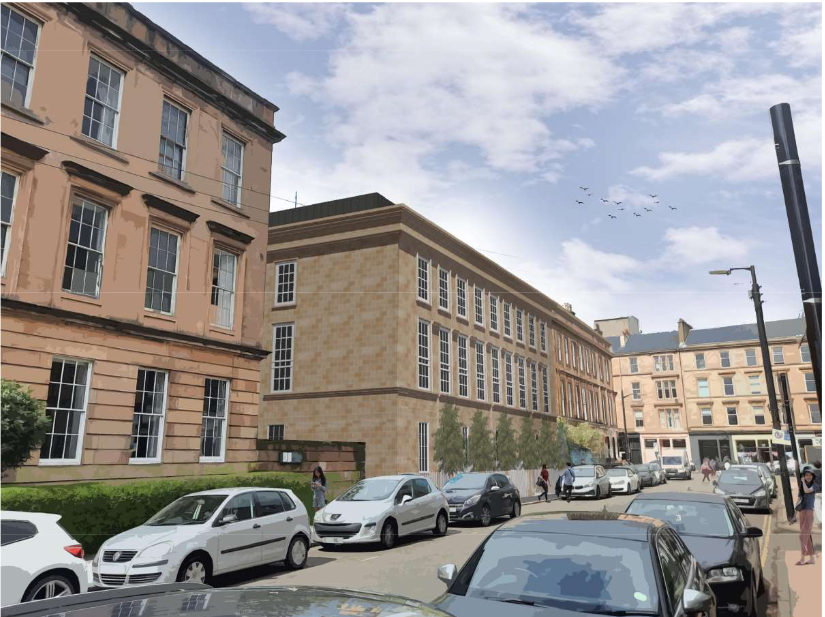 The proposal aims to fill the vacant site by completing the urban block of tenements within the conservation area. This includes using “an architectural style which identifieswith the character and appearance of the area, and replicates its important characteristics”, the architects said.

A planning application for the site from 2008 by a private developer has lapsed. Since then, a Compulsory Purchase Order by Glasgow City Council was confirmed in 2010 which notes that the end use of the site must be for mainstream social rented flats due to the relative shortage of social rented accommodation in the area.

“The proposed development comprises the erection of 15 affordable flatted houses in a range of one and two-bedroom properties, along with 125% cycle parking provision, high quality communal amenity.

“Overall, the proposed development has been designed to respect its historical context and to reflect, where suitable, the surrounding building details.

“The proposed development would see a disused, brownfield site in a high public transport accessibility area brought into use as much needed affordable housing.” 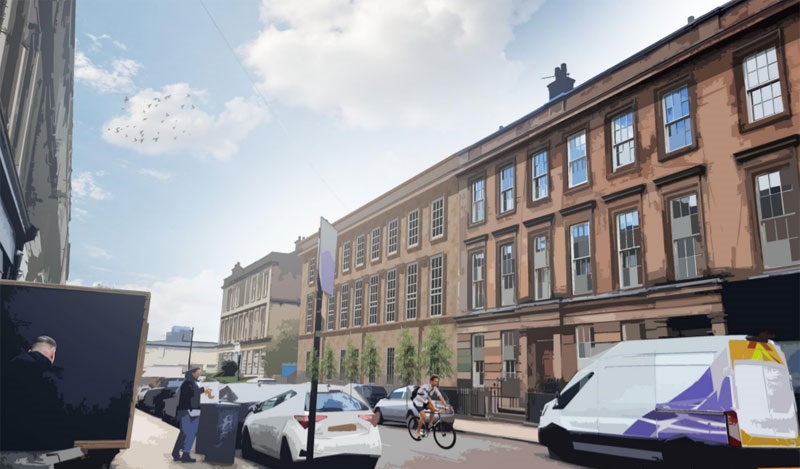 The statement added: “The proposed elevations aim to create an echo of the existing urban form on Corunna Street. The key feature horizontal building lines are replicated by a series of mimicked stone string courses on the proposals.

“The massing and scale responds to its neighbours, and materials harmonise with those of existing adjacent properties.”

“Key features which deviate from its neighbour are that, while the existing building has two storeys within the main body of the elevation, the proposals include three stories. This is driven by the extra floor space needed to make the project financially viable in terms of cost per flat.

“This is achieved by rationalising the flat head heights to modern construction sizes (2.4 metres) and using blanking panels within the main windows to hide the floor plates.

“The top storey penthouses are houses in an anthracite grey zinc roof material. These are set back from the street, so that they are never viewed from street level.”