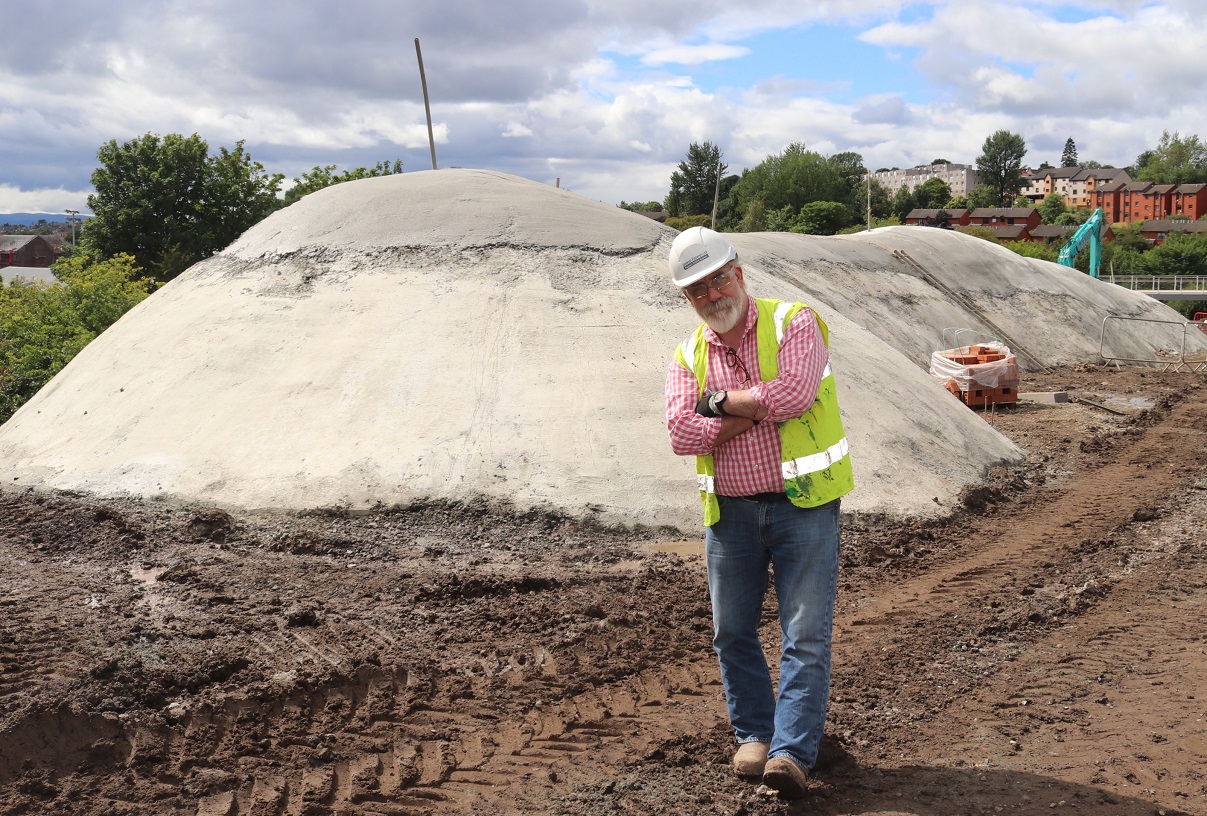 A 121-metre mythical serpent will form the centrepiece of the artwork being installed on the site of the new Stockingfield Bridge in north west Glasgow.

The work of the project’s art curator Nichol Wheatley, the Beithir, a large snakelike creature in Gaelic folklore, is one of 11 art projects planned for the area around the Bridge.

The sculpture will depict the Beithir rising and sinking into the earth. It will be formed using reclaimed material and then covered in mesh and coated in ferro cement with a tile finish.

“The local communities here have really embraced the art element of this project and it means there will always be an element of local ownership of this project. I’ve been blown away by the creativity and enthusiasm shown here through all eleven projects,” said Scottish Canals, chief operating officer, Richard Millar.

“The range of pieces will showcase the area and its industrial past, through the media of metal work, ceramics, stonework and ground works.”

The Bridge will link the communities of Maryhill, Gilshochill and Ruchill for the first time while providing the last link in the canal towpath establishing a continuous active travel route from Bowling on the Clyde to Edinburgh in the east via the Union Canal. The Bridge is being delivered through funding from Sustrans, Transport Scotland and Glasgow City Council’s Vacant Derelict Land Fund and SCAPE.

Funding for the Bridge and associated artworks was made available through Sustrans via its Places for Everyone programme, an active travel infrastructure fund backed by the Scottish Government.

Michael Melton, grant manager for Sustrans, said: “Each of these artworks will help further solidify Stockingfield Bridge as an iconic area in the North of Glasgow where people can walk, wheel and cycle with ease.”

Artwork on site is an important element of the project and will be integral to establishing the area around the Bridge as a new public space.

Finally, artist Louise McVey contribution of a four-metre flower trumpet tree will have a metal substructure with a handmade mosaic finish.

Councillor Kenny McLean, Glasgow City Council’s convenor for Housing, Development, Built Heritage and Land Use, said: “The Stockingfield Bridge, and the artwork that will be a feature of this new public space for the city, is yet another sign of the tremendous regeneration of the canal and North Glasgow. The bridge will reconnect communities around the canal and attract visitors to the area.”

The mythical theme of the Beithir was inspired by Scottish Canal’s centre piece art installation The Kelpies in Falkirk.

The seven other art installations on site do not require planning permission.