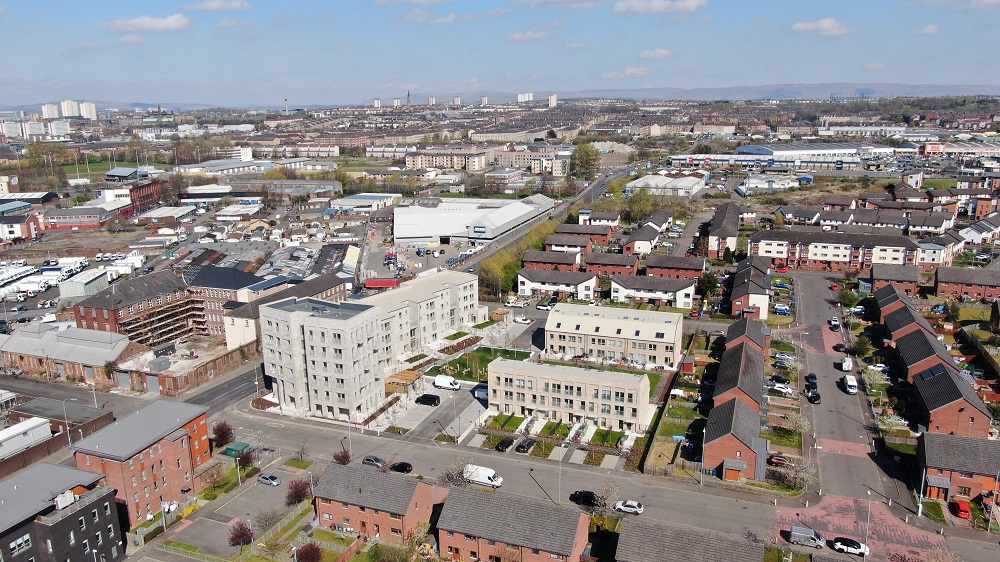 A landmark development which signals a gateway into the Camlachie neighbourhood and knits together a historic industrial area and newer housing stock has won the architecture Grand Prix at the Scottish Design Awards.

Designed by Anderson Bell + Christie for West of Scotland Housing Association, Fielden Street is the final phase of a 20-year programme of regeneration in the Camlachie area of Glasgow. Historically this was a busy industrial and residential area but de-industrialisation in the late 20th-Century led to its decline. Since then, West of Scotland Housing Association has constructed new housing to the east, around an original network of wide streets.

Praised by judges for its attention to detail, the development also secured a win in the Affordable Housing category.

The Scottish Design Awards marked 25 years of celebrating creativity at its best from around the country at its anniversary dinner in Glasgow.

Marking a return to live events the gathering celebrated not only today’s best examples of architecture and design but yesterday’s greats, surfacing past winners from every year back to the formation of the awards in 1998.

A full list of award winners is attached and available to view online.