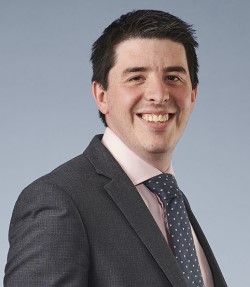 The Queensferry Crossing is the longest three-tower, cable-stayed bridge in the world spanning 1.7 miles across the Firth of Forth between Edinburgh, at South Queensferry, and Fife, at North Queensferry.

However, in the case of Hochtief Solutions AG and Others (The Forth Crossing Bridge Constructors) v Maspero Elevatori S.p.A an appeal to the Scottish Appeal Court (The Inner House of the Court of Session) turned out to be A Bridge too Far for one subcontractor’s attempt to resist enforcement of an Adjudicator’s award.

The Court has continued to robustly defend Adjudication by rejecting the subcontractor’s appeal against the enforcement of the adjudicator’s award at first instance.

In a succinct and pithy judgment the Court summarised the central propositions governing its approach to the enforcement of Adjudicator’s decisions:

1. The court will only interfere in the plainest of cases

2. It is chary (i.e. cautious) of technical defences

3. If the adjudicator has answered the right questions, the decision will be binding even if he is wrong in fact or law

4. The court will, however, intervene if the adjudicator

In this case, the subcontractor argued that the Adjudicator had acted outwith his jurisdiction by taking a collateral bargain into account in reaching a decision.

In his decision, the Adjudicator determined that the agreement between the parties to alter personnel, prices and completion dates constituted a variation of the subcontract and was therefore within the scope of the adjudication.

The Court rejected the subcontractor’s argument as being “unduly narrow and artificial” because the Adjudicator could not have reached a meaningful decision by exclusively looking at the subcontract.

The subcontractor also asked the Court to consider whether the adjudicator had reached the wrong decision on the variation of the subcontract. The Court rightly declined to answer this argument because it would trespass into the merits of the case.

The Court also confirmed, if there was any real doubt, that Scots law is consistent with English law in requiring a party to make any formal challenge to an Adjudicator’s jurisdiction both early and clearly.

In this case, the subcontractor had simply “queried” the Adjudicator’s jurisdiction but the Court held that it had not made a valid challenge.

The subcontractor’s position on jurisdiction had not been stated clearly and it had also been made too late - it came in the Rejoinder which was submitted over half-way through the process.

In this case, the subcontractor’s attempt to resist enforcement was ultimately unsuccessful.

What are the lessons?

Parties to adjudication must continue to make any jurisdictional challenges early and clearly.

Technical arguments against enforcement of an Adjudicator’s award may delay it - but the Court’s clear message is where such arguments are narrow and artificial they will ultimately be A Bridge to Nowhere.