Kelvin Properties has submitted an appeal to Glasgow City Council over the authority’s apparent non-determination of an application from the developer for 34 flats in Finnieston. 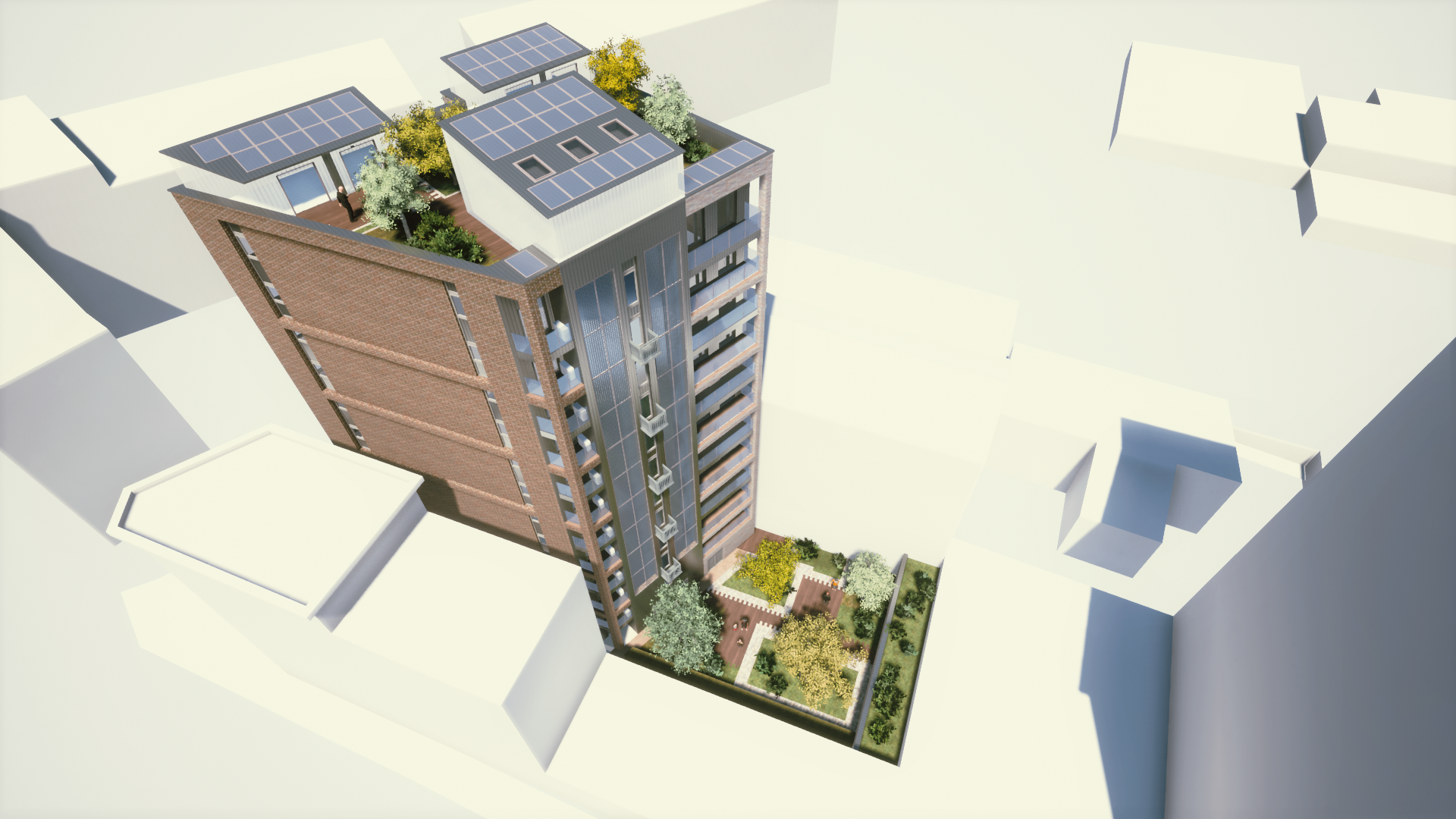 Holmes Miller and Kelvin Properties had hoped to demolish an old warehouse at 69/73 Houldsworth Street and deliver an ultra-low carbon build to rent residential block over 12 floors.

The developer is now exercising its right to get the application heard by an appeal panel of three councillors because the proposal hasn’t been determined within the expected time period expected and no feedback has been received.

A statement submitted to the city council explained: “A review has been sought in relation to the non-determination or ‘deemed refusal’ by Glasgow City Council (GCC)… as the planning application has not been determined within the statutory [two-month] period.

“Nor has there been any communication in relation to the application since it’s submission, despite attempts by the appellant to communicate with GCC.

“With no request for an extension for determination received from GCC, and given the lack of feedback received to date, the appellant has taken the decision to review against the non-determination, or deemed refusal, of the application.”

The Houldsworth Street development seeks to deliver a range of one and two-bedroom apartments. It aims to build on the success of the build-to-rent project at Kent Road project, where 20 flats were created in a striking new urban block across from the Mitchell Library. 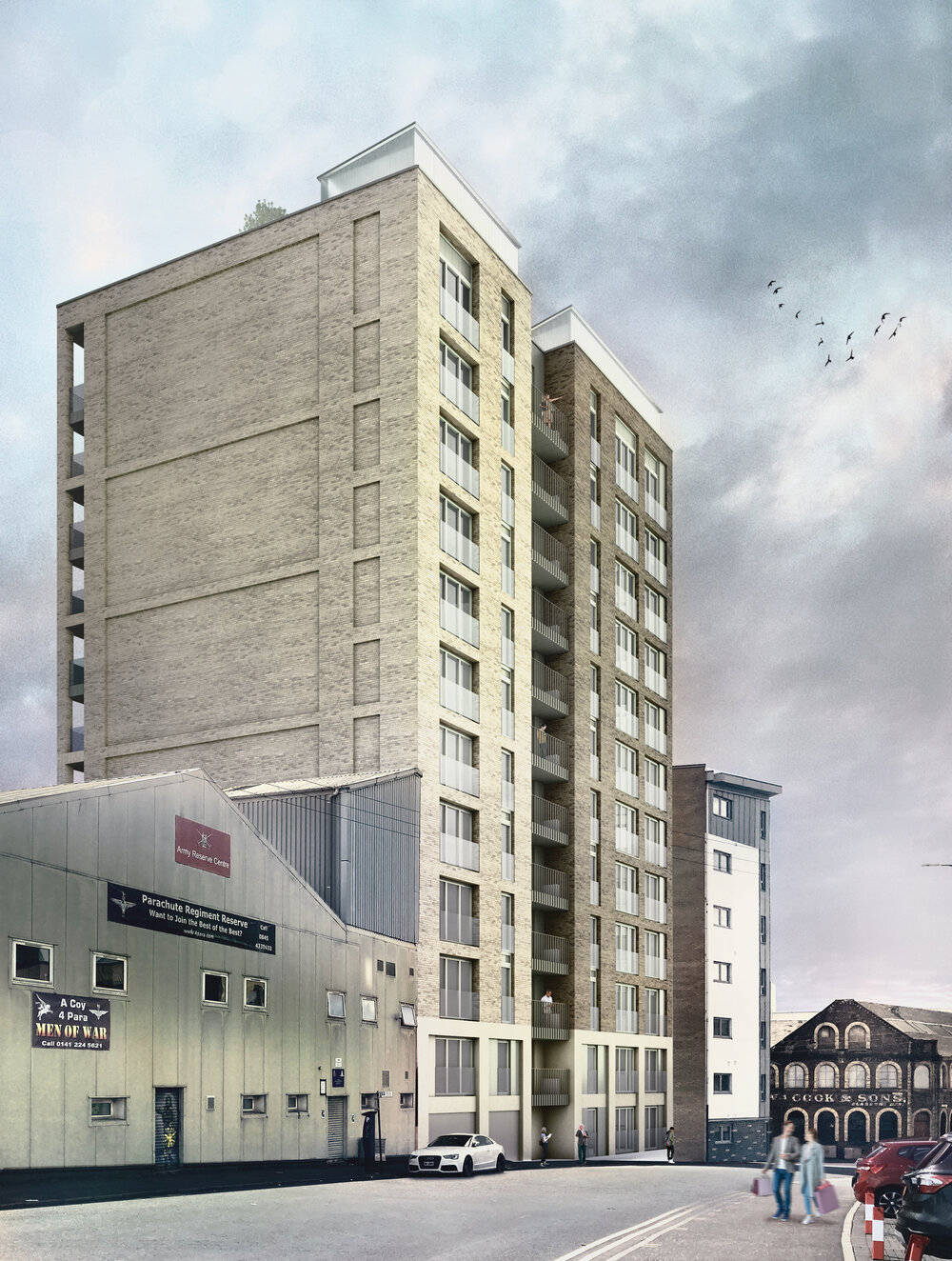 When the plans were submitted, a spokesperson for Holmes Miller stated: “Houldsworth Street ties the accommodation into the Finnieston area with the ‘Finnieston Strip’ bars and restaurants, together with easy access to the hyrdo, creating a great base for young professionals or downsizing urbanites, providing a mix of 1 and 2 bedroom flats in a dramatic 12 storey block marking Cranston Hill.

“The sustainability credentials are exceptional: It is to be a car-free project, with low carbon travel encouraged through 125% cycle storage, a green travel plan and two electric rental car spaces in front of the block for the residents and shared with the wider community; the building envelope will have high levels of insulation, and ultra-high levels of airtightness - supported by a whole-house heat recovery ventilation system in each flat, creating a healthy, low-CO2 internal environment; there will be no gas in the building, with all heating and hot water provided by air source heat pumps, and electricity will be generated by a significant amount of photovoltaic (PV) panels in vertical arrays on the south wall, on balcony glass and on spare rooftop areas.

“The heat will be delivered to the flats through underfloor heating. Cooking facilities will be provided by induction hobs and all lighting will be low energy LED.  Heat batteries will be provided to store the energy created by the PV; The health and wellbeing of the occupants will be served by a generously landscaped backcourt and a spectacular rooftop landscaped deck, with views across the city. Every flat will have private external balcony space and these, together with the French balustrades, will allow generous, full-height glazing, bringing the city views into the living spaces.”