Residents in the Canongate area of Edinburgh’s Old Town will benefit from a range of conservation and energy efficiency improvements on track to reduce energy consumption and carbon emissions by over 50%. 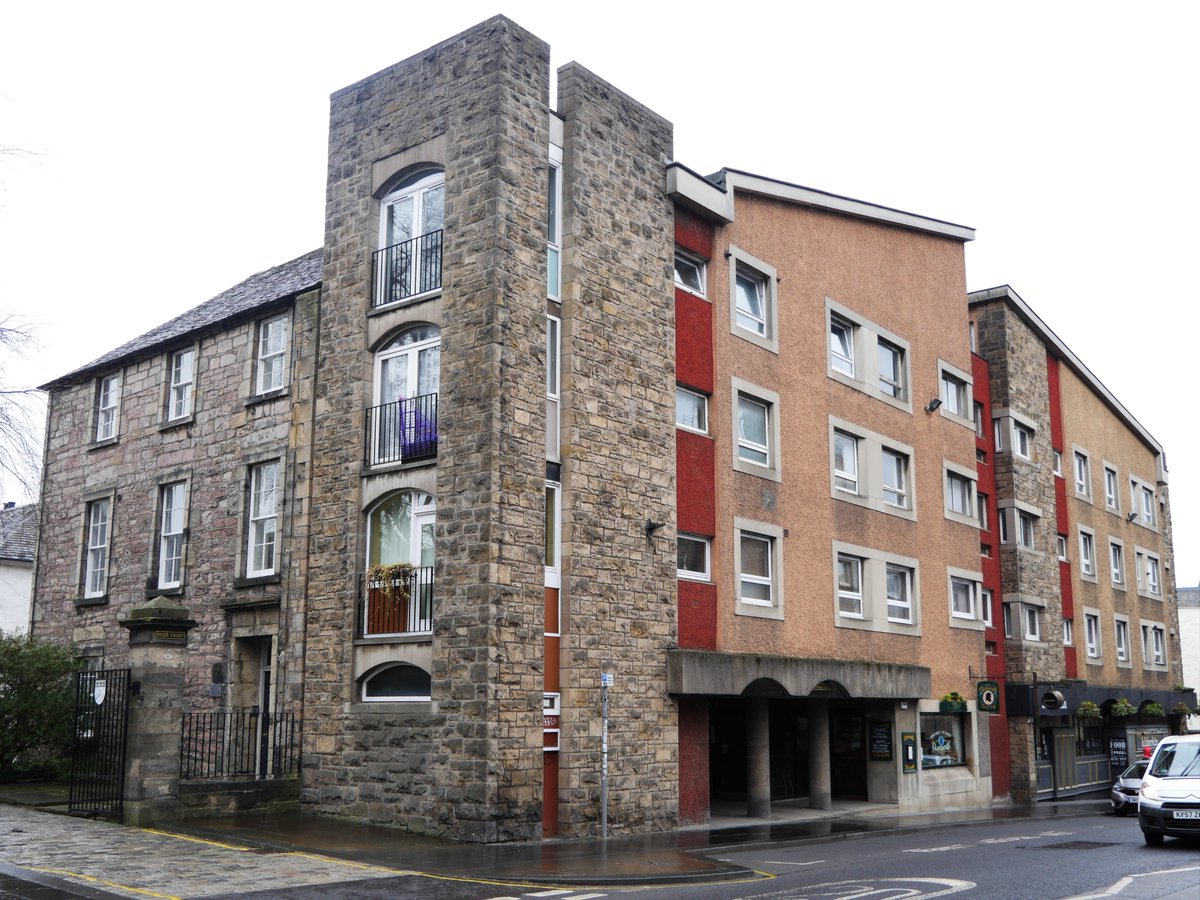 Led by Edinburgh World Heritage in partnership with the City of Edinburgh Council, the work has recently been completed on a block of post-war tenements following funding from Scottish Power Energy Networks’ Green Economy Fund and the Scottish Government’s Energy Efficient Scotland programme.

Whilst supporting Edinburgh’s goal to become a net zero emissions city by 2030, and contributing to the Scottish Government’s ambitious plans to meet climate change targets by 2045, this project will also improve living conditions within the 12 flats and 2 commercial units.

Following the work, which began in March 2020 with John Gilbert Architects and Redpath Construction, Edinburgh World Heritage has reported an anticipated drop of 28 tons of carbon emissions per year, the equivalent to planting almost 3,000 trees, for the Category B-listed tenements as well as improved living conditions for residents. The charity says that work to reinstate the original window scheme, including balcony windows, to Sir Basil Spence’s original specifications, has also enhanced the architectural integrity of the building.

Energy efficiency measures included the installation of double-glazed windows, insulation in the attic, the roof and within cavity walls, installation of LED lighting, upgrades to heating systems and improvements to the ventilation. The conservation work included repairs to concrete balconies and the exterior stairwell, which had significantly deteriorated over the years, the restoration of Spence’s original painting scheme to the exterior of the building, as well as the reinstatement of original windows.

Edinburgh World Heritage also engaged with tenants and property owners of surrounding buildings, who participated in training opportunities, including workshops on maintenance and ways to make their homes more energy efficient. Additionally, more than 50 local companies with more than 120 employees were employed over the project’s three-and-a-half-year life cycle. Staff were able to learn new skills in energy efficiency solutions for historic buildings as well as specialist conservation techniques.

Through the implementation of this pilot project, Edinburgh World Heritage now believes that a number of key principles have been established, which will help other projects involving listed buildings to carry out sensitive and appropriate energy efficiency and conservation works.

SP Energy Networks provided the funding towards the Canongate project through its £20m Green Economy Fund. The fund supports initiatives that will benefit the people of Scotland and support Scotland’s ambitious green energy plans and local economic growth.

Yann Grandgirard, Project Manager for the Sir Basil Spence project, said: “Implementing such an ambitious pilot project in a post-war building of this nature required an innovative approach and the support of residents, funders, and professionals. Thanks to our community-led approach, and experience in championing high-quality conservation, we have been able to make a success of combining conservation and energy efficiency work.”

Christina Sinclair, director of Edinburgh World Heritage, added: “Ultimately, these measures represent a significant contribution towards the improvement of the Canongate area as a whole. It is vital that this kind of work be continued, not only because of the contribution it makes to the City of Edinburgh Council’s carbon emissions reduction targets, but also to ensure that Edinburgh’s historic buildings are fit for modern living now and in the future.”

Cllr Neil Gardiner, Planning Convener, said: These homes are of historical importance to the city and so it’s great that they have been so beautifully preserved while making sure they are now energy efficient for those living in them. The improvements made will help prepare the buildings against the effects of climate change in Edinburgh and partnership projects like this are an important first step in the city reducing its emissions to meet its target of net zero by 2030.

“These improvements help demonstrate that taking action on climate change not only delivers environmental benefits for the city but helps to support wider health and economic benefits for residents, by reducing heating bills and improving living conditions. Improving historic buildings such as these will positively impact on all of us and help unlock opportunities to reduce inequalities as we build back better and greener.”

Frank Mitchell, CEO at SP Energy Networks, commented: “Scotland has ambitious plans to have Net Zero emissions by 2045 and Edinburgh targeting 2030, but we must ensure that no community is left behind. Helping communities establish low carbon infrastructure and build their own green economy is at the heart of our Green Economy Fund. We are delighted to be funding the Canongate project that will significantly reduce energy consumption and carbon emissions whilst also improving living conditions for residents. We’re proud to fund a project that can be used as a blueprint for other historic and listed buildings in the future – this is just the start.”