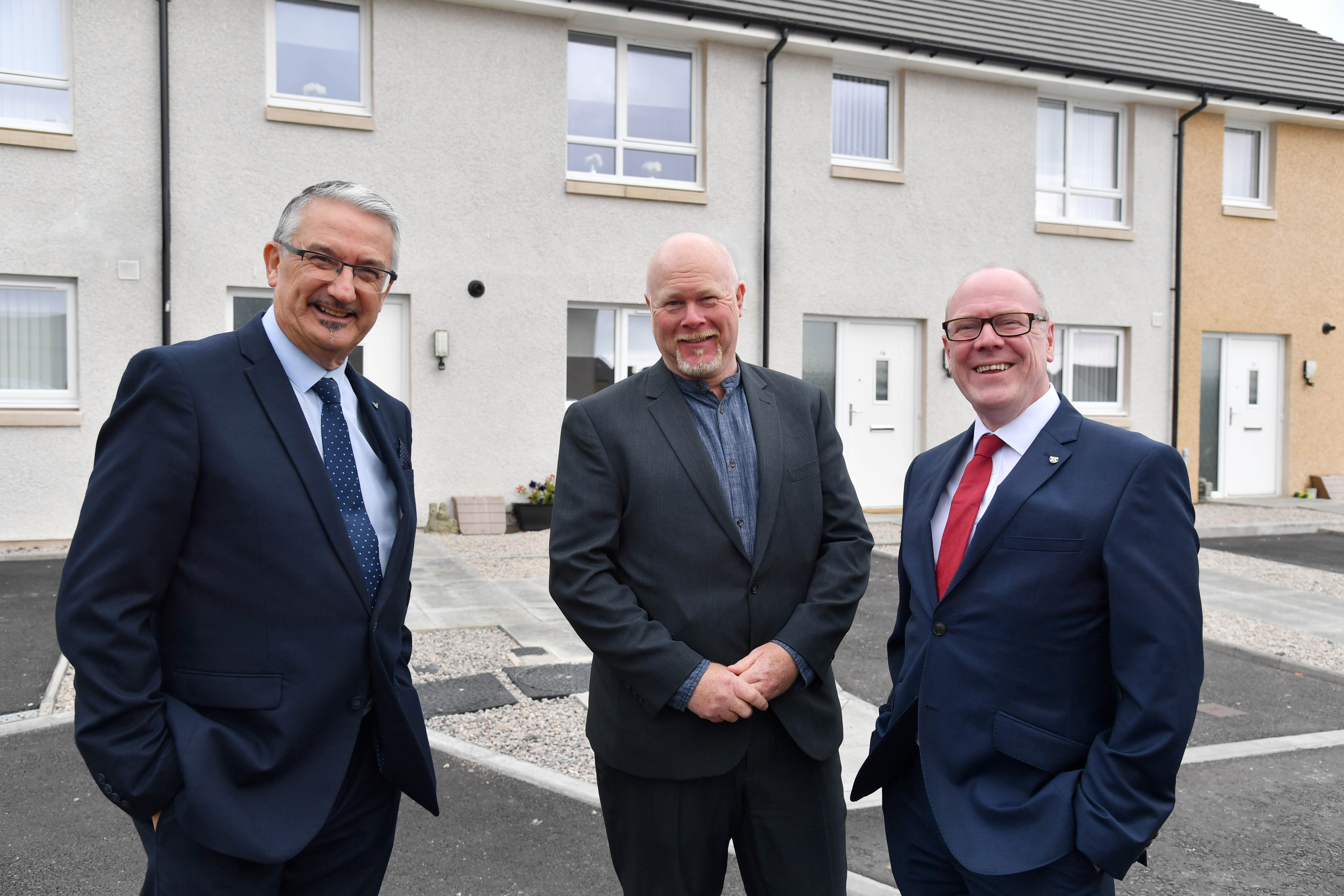 The nine two-bedroom flats and 14 three-bedroom houses in Lingbank Close in the town’s Upper Grange area were officially opened by housing minister Kevin Stewart, who also met some of the new tenants.

Completion of the £3.3 million development was delayed after original developers Deveron Homes went into administration in July 2018, but Osprey acted decisively to work through the administration process and appoint new contractors.

Bancon took over the project in November 2018 and the homes were completed with minimum delay.

Osprey chief executive Glenn Adcook said: “No one likes to see that happen to a local company, particularly one like Deveron with whom we had a good working relationship.

“I want to thank the Osprey team for their diligence and resilience in dealing with a very difficult situation in such an effective way, and Bancon for their skill and expertise in ensuring the homes were completed to such a high standard.”

Mr Adcook also thanked Osprey’s partners, particularly the Scottish Government and Aberdeenshire Council, and added: “Huge praise is due to our tenants who stuck with us despite the delay because they really wanted to move into these fantastic homes.”

Mr Stewart, who is also MSP for Aberdeen Central, said the Osprey homes represented “more than just bricks and mortar” for the tenants.

He added: “Meeting the new tenants at Lingbank Close, it’s clear to see how their new homes have had such a positive impact on their lives.

“These high-quality houses are more than just bricks and mortar — they provide a sense of pride and belonging in a warm, neighbourly setting.

“The success of this development is testament to the strong collaborative working between housing associations, the construction industry, local councils, and the Scottish Government.

“These new homes will help us stay on course to meet our ambitious target of 50,000 affordable homes by 2021, backed by record investment of over £3 billion.”

Councillor Anne Stirling, chair of Aberdeenshire Council’s communities committee, paid tribute to Osprey, saying: “I would like to thank Osprey for their work to ensure completion of this development, and for their ongoing partnership working that is supporting the aims of our strategic housing investment plan to increase the number of affordable housing properties in Aberdeenshire.

“Aberdeenshire Council is pleased to have been able to contribute some £49,000 towards this project.”

The development was supported by a £2.1 million grant from the Scottish Government, Aberdeenshire Council’s contribution, and investment from Osprey’s own private finance facility provided by Lloyds Banking Group.