Iain Drummond: The uneasy relationship between adjudication and insolvency 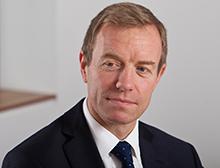 Iain Drummond, a partner at Shepherd and Wedderburn, considers a recent case that provides lessons for the construction sector concerning the enforcement of adjudicators’ decisions by companies in liquidation.

The recent case of John Doyle Construction (JDC) v Erith Contractors Limited provides two lessons for the construction sector concerning the enforcement of adjudicators’ decisions by companies in liquidation. First, “clear, evidenced, and unequivocal security” is necessary before enforcement is possible. Second, where a solvent and paying party asserts set-off and counter-claims, enforcement is prohibited in most circumstances.

Though the Court’s position on the second point is strictly obiter, which means it will have reduced impact, if followed it will significantly limit the chance of insolvent companies enforcing adjudication decisions.

Facts of the case

JDC was a sub-contractor engaged by Erith to provide hard landscaping works under an NEC standard form contract. JDC entered administration, did not complete the works, and later entered creditors’ voluntary liquidation. Erith was obliged to complete the works and the parties later disputed JDC’s final account.

The eventual adjudication (which followed significant delays) found in JDC’s favour but the Technology and Construction Court (TCC) refused to enforce the decision by summary judgment. JDC then appealed.

Lesson one: clear, evidenced, and unequivocal security is necessary when a company in liquidation attempts to enforce an adjudicator’s decision

JDC claimed it had provided sufficient security to Erith to allow enforcement to proceed. Security was necessary because JDC was insolvent. If Erith was successful in later proceedings the insolvent JDC would be unable to repay Erith if Erith’s payment was not sufficiently ring-fenced.

JDC’s grounds of appeal were all dismissed on the basis that the company had not met the requirement that “any undertakings or security being offered” be “evidenced and unequivocal” and “beyond argument”. Lord Justice Coulson also stated that a judge should not be required to find an offer of security in “on the hoof” proposals or “vague suggestions” made in oral argument.

The likelihood that a debt owed by a liquidated party will result in a payment of a dividend rather than full payment places an onus on liquidated parties that are successful in adjudication but face continuing set-off and counter-claim. Such parties must prove that money they are set to receive in enforcement proceedings will be sufficiently ring-fenced to satisfy any future sums due as a result of further proceedings by the paying party.

Lesson two: enforcement by a company in liquidation is rarely possible where there is continuing set-off or counter-claim

Obiter comments in this case attempted to rationalise the competing features of insolvency and adjudication to answer the question “lurking in the shadows”, namely: “whether a company in liquidation, with an adjudication decision on its final account claim in its favour, but facing a continuing set-off and counterclaim, is entitled to summary judgment at all”.

Rules of insolvency and the nature of adjudication

Insolvency set-off does not sit easily alongside adjudication, given the latter aims to provide parties with a non-final award, saving time and cost. The chance of recovering payments in future proceedings from an insolvent company are so low that awarding money to an insolvent company via adjudication can have unintended finality. Because set-off and counter-claims by the paying party may not be met in full by the party in liquidation, the court is forced to consider whether enforcement without set-off or counter-claim should be allowed at all.

The case of Bresco Electrical Services Ltd (in liquidation) v Michael J Lonsdale (Electrical) Ltd was a step forward in the ability of companies in liquidation to pursue adjudication. It overturned a lower court decision that prevented commencement of adjudication, stating that there were commercial and tactical reasons for it. In obiter comments, the court suggested enforcement “will not be inappropriate” where:

The court in JDC stated that enforcement could be available for companies in liquidation where examples 1 or 2 apply, but not 3 because an adjudicator’s decision is “necessarily provisional” and “cannot be regarded as the final determination of the net balance”. Enforcing an adjudicator’s decision in example 3 would thus be incompatible with the binding Insolvency Rules.

If JDC is followed, it will be a three-stage process for companies in liquidation seeking enforcement, with differing prospects for the liquidators:

The courts in Bresco and JDC believed that commencement of an adjudication can have a purpose irrespective of enforcement, with the court in JDC describing enforcement as not “the only weapon available to JDC … having commenced enforcement proceedings an insolvent claimant can then get the defendant to ‘put up or shut up’”.

What is now clear is that if insolvent parties do not achieve results after commencing adjudications, they are unlikely to have success in having them summarily enforced.