One year on from the devastating explosion which rocked Beirut, Arcadis engineer Joe Bilan is still trying to process what happened and his experiences in the city. 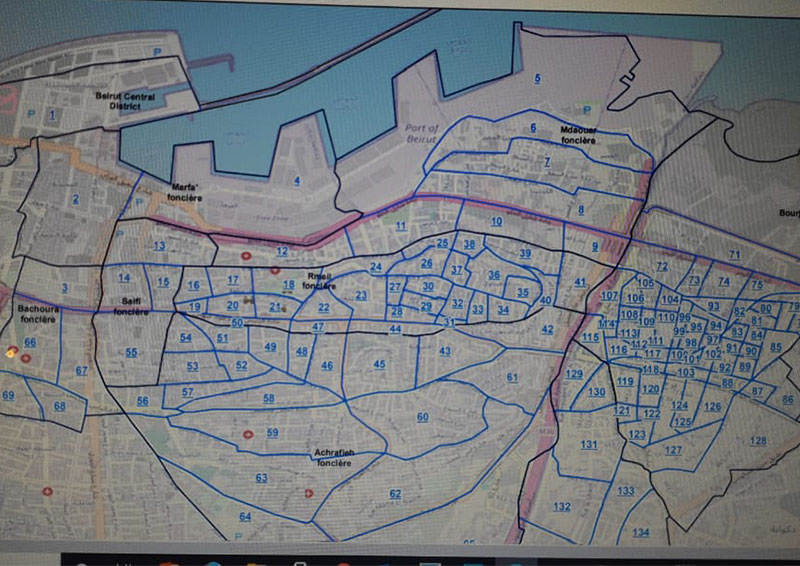 As soon as I heard about the explosion, my mind was racing and I immediately contacted my family who lived 35 miles away, to ensure they were safe. However, after seeing the extent of the damage that was caused, I immediately wanted to get involved and assist in any way possible. Within a day or two after the explosion, I booked a flight at my own expense from Scotland to Beirut in 14 days’ time, to allow myself to gather as much aid as possible.

I set up a Gofundme page, where I raised over £3500. Additionally, I raised awareness of the severity and impact of the explosion and the amount of assistance that is required by asking local politicians to publicise the tragic event on their social media, I also appeared on STV news and BBC Scotland radio. Through the media, Studentmedaid of Edinburgh reached out to me and provided me with £5000 worth of medical equipment. Part of the donations were used to purchase additional medical supplies from Scotland.

As I made my way to the airport with five bags, accumulating to just over 100kg, filled with medical supplies. I was left speechless on what I witnessed on arrival in Lebanon. Beirut is overpopulated and it was always known as the city that never sleeps. However, during my time, it was a ghost town with many citizens still not receiving any support.

On my first day, I joined a volunteer group named “Frontline Engineers” working alongside the Lebanese Army and United Nations. Over 80,000 houses and commercial properties were damaged, with 380 Frontline Engineers available to carry out structural surveys. The Lebanese Army required all surveys to be completed in 15 days to avoid the predicted heavy rain and to ensure support has been provided immediately.

Using my engineering expertise, in two weeks, I carried out over 30 structural inspections to properties that were affected by the explosion and ensured the safety of the public.

Other than inspections, the medical equipment I brought with me were provided to those who were affected and to local hospitals. With the money donated, I was able to fund immediate repairs to 12 houses and support eight families through food supplies. This experience was the toughest I have encountered in my lifetime with many emotions running through me as I met with citizens directly affected.

On my return to the UK, I continued to raise awareness by preparing presentations to universities and to the Institution of Civil Engineers. Through these presentations, I was able to engage with many people and share my experience in Beirut.

Additionally, I joined the Arcadis Shelter Programme, a pro-bono scheme supported by Arcadis that would provide their services, working alongside the United Nations. For the past 10 months, I have been involved in this project, working with members from across the world, to provide engineering solutions to Beirut’s infrastructure.

Prior to the explosion, Lebanon was already suffering severe economic crisis, political unrest and surge of Covid-19 cases. A year later and I am still trying to process what had happened in Beirut and the experience I had with citizens and local engineers. I couldn’t imagine the amount of pain and horror they went through and are still going through. Every day civil engineers are involved in work which has life-saving and life-changing effects. I am so proud to have chosen this as a career and will continue to do what I can to make a positive impact on the world around us.

This article was originally published in The Scotsman