Joseph Kilroy: Could changes to stamp duty improve take up of retrofit? 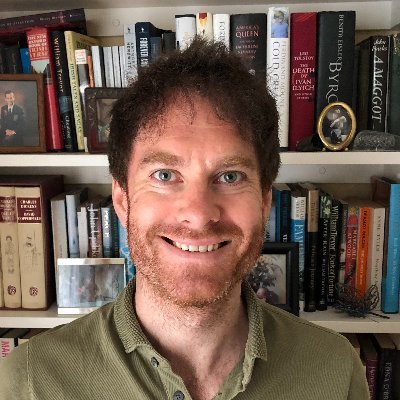 The monthly column from the Chartered Institute of Building (CIOB) continues with Joseph Kilroy who looks at how stamp duty or LBTT can be deferred on properties to incentivise energy efficiency improvements.

With national climate legislation now in place in Ireland and Northern Ireland, attention has turned to sectoral emissions-limiting policies. Rightly so, as residential buildings account for a significant proportion of national emissions. While uptake is increasing, the discrepancy between targets and actual rates of retrofit means additional measures to incentivise people to retrofit their properties are needed.

CIOB’s paper ‘Flipping the Green Switch: deferring stamp duty on residential retrofit in Ireland’ examines a proposal to encourage retrofitting through the tax system, specifically by deferring stamp duty liability on properties that have been purchased with the sole purpose of improving their energy efficiency. The situation in Scotland mirrors that of Ireland; there is a national climate strategy, which emphasises residential retrofit. However, Scotland also has a discrepancy between targets and uptake of retrofit. With that in mind, we will be rolling out this policy proposal in Scotland in 2023.

Residential emissions and retrofitting in Ireland and Northern Ireland

In Ireland, the built environment sector accounts for 37% of Ireland’s carbon emissions. Residential operational carbon – typically the heating and cooling of houses - is proportionally the sector’s highest emitter. It accounts for 43% of built environment emissions, and 16% of national emissions, with the increasing number of home-based workers likely to further inflate these figures in future. The situation is similar in Northern Ireland. Residential operational emissions account for 13.7% of national emissions, primarily due to the use of fossil fuels for domestic heating.

In 2021, 15,457 homes were retrofitted in Ireland. The Climate Action Plan envisages this scaling up to over 50,000 annually from 2024 to achieve a target of retrofitting 500,000 buildings by 2030. Homes in Northern Ireland currently use more energy per unit than anywhere else in the UK. To achieve national climate targets, a peak of 50,000 homes will need to be retrofitted annually, around three times the current level. To meet its 2045 net zero target, Scotland will have to upgrade and retrofit approximately 2.6 million homes – potentially 113,000 homes each year. These are appropriately ambitious targets, but we are a long way from reaching them. Given the scale of the challenge – the need to at least triple current retrofit uptake in Ireland, Northern Ireland and Scotland – there is broad agreement that new business models and additional incentives are required.

The paper proposes a policy to incentivise demand by deferring stamp duty on retrofitted properties, thereby creating a ‘Green Flipping’ business model. The proposal is to defer stamp duty liability on properties that have been purchased – by individuals, groups, or businesses – with the sole purpose of improving their energy efficiency. Once the enhanced property has been resold, the stamp duty liability is paid. The crux of the proposal is to encourage investors to fix up older, less energy efficient stock for resale, thereby creating a ‘green flipping’ business model, providing an additional incentive to retrofit, and increasing the overall number of residential retrofits.

Taking advantage of investors in the housing market

The proposal is a tax incentive aimed at embedding a ‘green flipping’ business model in the second-hand housing market and requires a large capital outlay to buy the property in the first instance. Therefore, it is likely to appeal to the cash-rich, investor segment of the housing market, rather than to households.

One of the big stories of Ireland’s economic resurgence over the last decade has been the growing presence of international investors in the housing market. While there are differing views on whether this is a good thing in terms of affordability, the presence of investors in Ireland, Northern Ireland, and Scotland’s housing market is a reality. Combined with the policy of local authorities and Affordable Housing Bodies (AHBs) to purchase housing on the open market, this means that the cash-rich, non-household buyer segment of the market has become substantial.

The significant presence of investors in the second-hand housing market presents an opportunity to take advantage of market composition to instigate an additional stream of retrofit. Ireland’s retrofit strategy focuses on individuals investing in retrofit but does not acknowledge the significant investor segment of the market and how it can play a role in retrofitting at scale.

The tax treatment of land and housing across Ireland, and in Scotland, is currently light by international standards, and this has led to significant interest in housing as an investment asset. Both countries rely almost exclusively on private development for housing supply, with publicly led housing delivery having retrenched over the last 30 years, albeit the Northern Ireland Housing Executive has recently become involved in direct delivery again. Additional demand would put further pressure on an already stretched sector and may ultimately lead to increased prices thereby worsening affordability. However, if the proposal were introduced alongside wider housing market reform, specifically resuscitation of direct public delivery, as CIOB has previously suggested, rather than inflating the market, investor involvement in the housing market could be repurposed to achieve sustainability goals.

The proposal is not a silver bullet. Its focus on a particular segment of the market, and its limitation to transacted properties mean that it would need to exist within a suite of measures if operational residential emissions are to be brought under control. Nevertheless, evidence suggests that the market reacts to changes to stamp duty. Therefore, this proposal could potentially underpin a much-needed new source of residential retrofit, and we look forward to disseminating it in Scotland in 2023.