Glasgow’s iconic skyline will feature a new addition over the coming months after The JR Group erected a 62-metre tower crane at its Finnieston construction site. 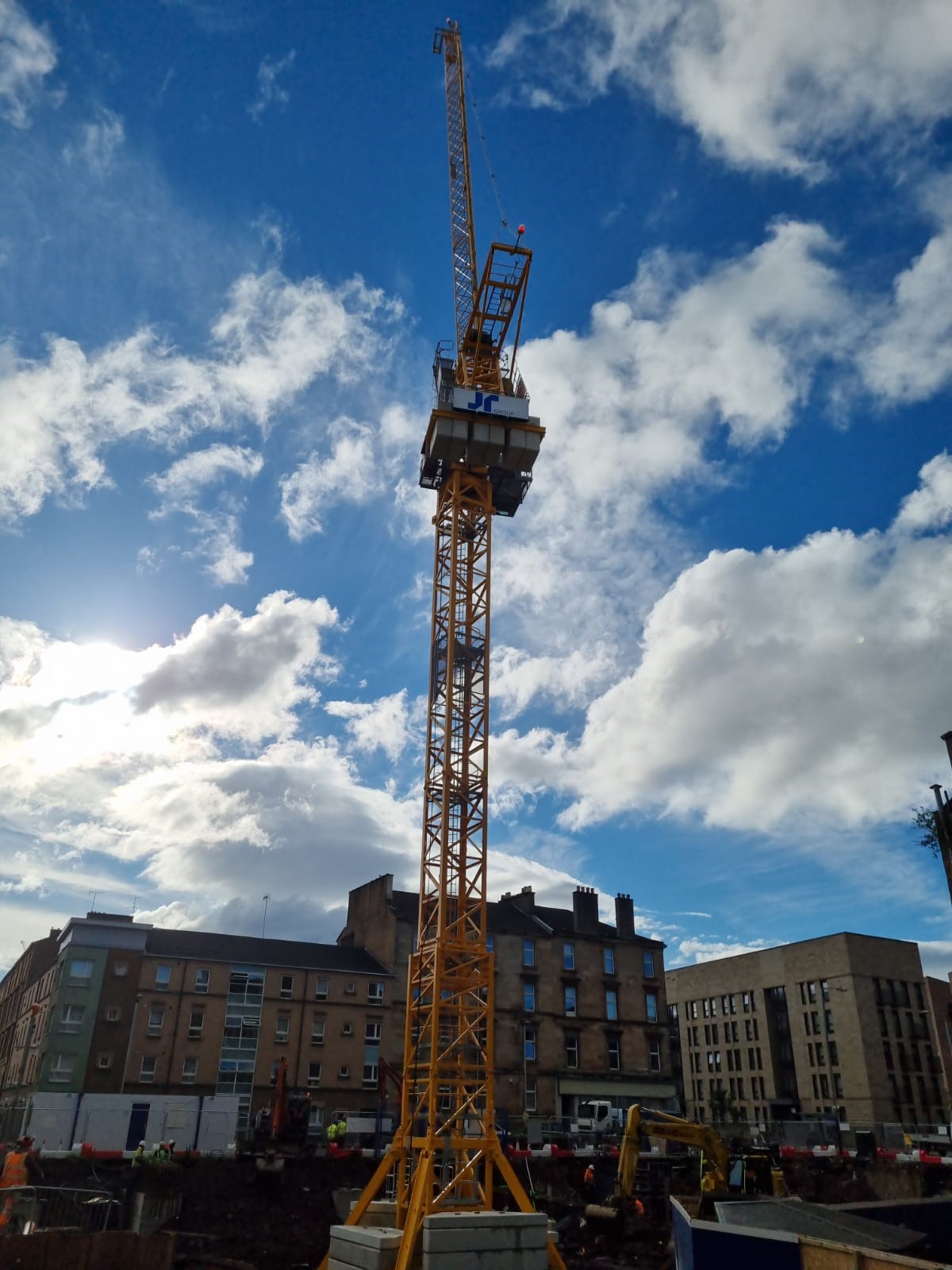 The development reached the milestone moment as the tower crane arrived at the development over the weekend, as foundations and drainage for the site near completion and the project moves on to building upwards on the five-storey structure.

The city development, being constructed on behalf of Glasgow West Housing Association, includes a prime-site commercial unit and 55 flats for social rent (including five wheelchair-accessible apartments). Work started in January 2021 and is expected to take two years to complete.

Now in place, the tower crane will support the work to put in place the steel superstructure, precast concrete slabs, and roof.

John Murdoch, construction director for The JR Group, said: “Glasgow’s skyline has always featured tower cranes – they are iconic elements of the cityscape and a nod to the city’s industrial past throughout the 20th century. Our tower crane, will take pride of place on the skyline for the next 33 weeks and in a prominent position due to its proximity to the city centre.

“Located within a busy corner between Dover Street and St. Vincent Street, the tower crane was the best approach, with limited space to enable access to mobile cranes and to avoid unnecessary and disruptive road closures.

“Work on this substantial development has been going well and, when completed, will bring much-needed homes for Glasgow, creating a vibrant place to live within the hustle and bustle of Finnieston.”

Located close to Glasgow City Centre as well as the West End, the development is being built to meet the need for new, high quality housing in the area and is due to be handed over to the housing association in Spring 2023.