Vital new affordable homes, all for social rent by Melville Housing Association, have been delivered following the long-awaited completion of 20 flats on the site of the former Mayfield Inn in Mayfield. 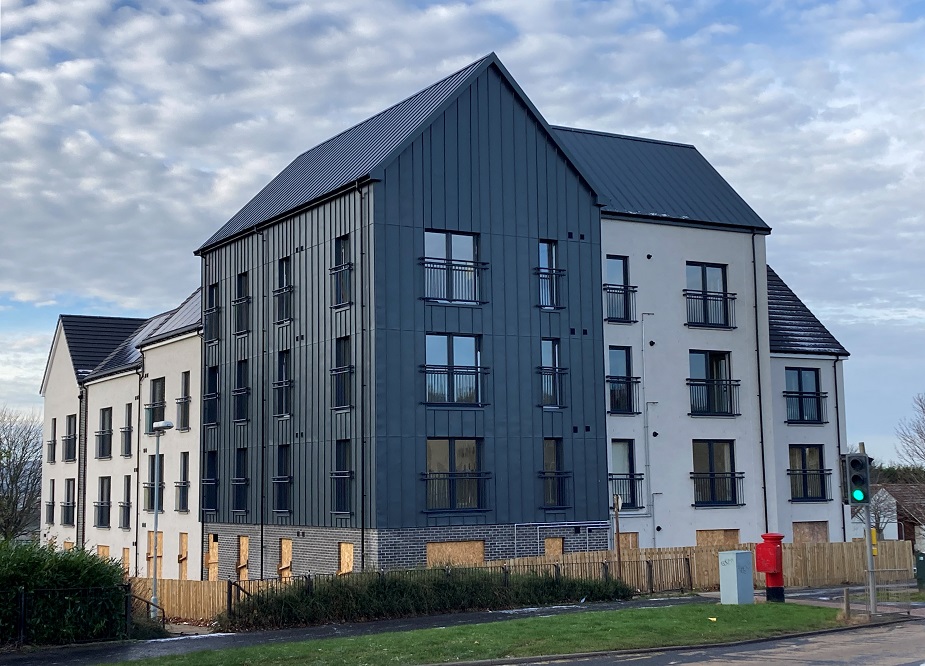 The new development, made up of a mix of one and two-bedroom flats all of which have now been allocated, is part of the Midlothian Strategic Housing Investment Plan (SHIP) and has been made possible thanks to a Scottish Government grant of £1.47 million. The remainder of the project was funded by Melville’s own finance.

“This has been a very challenging project from start to finish,” said Melville development manager Neil Edgar. “We parted ways with the original developer, ForthTay Residential Ltd, just over two years into the project when we were already considerably beyond the original completion date. The appointment of a new contractor took more time and then rectifying additional problems delayed things yet further, frustrating us all.

“We have now reached our goal though and on behalf of Melville I would like to thank Morris & Spottiswood, everyone else involved in the eventual completion of this project and the local community for their patience and continued support. While building work has clearly taken far longer than it should have done, these new homes will nevertheless be a valuable asset to the local area.”

The 20 homes on the site are made up of 12 two-bedroom flats and eight one-bed flats, all of which exceed modern energy efficiency standards and which also include solar panels for greater sustainability and to reduce energy costs.