Scottish mechanical and electrical engineering consultant XBuro UK has opened an Edinburgh office to develop its East Coast projects and client base. 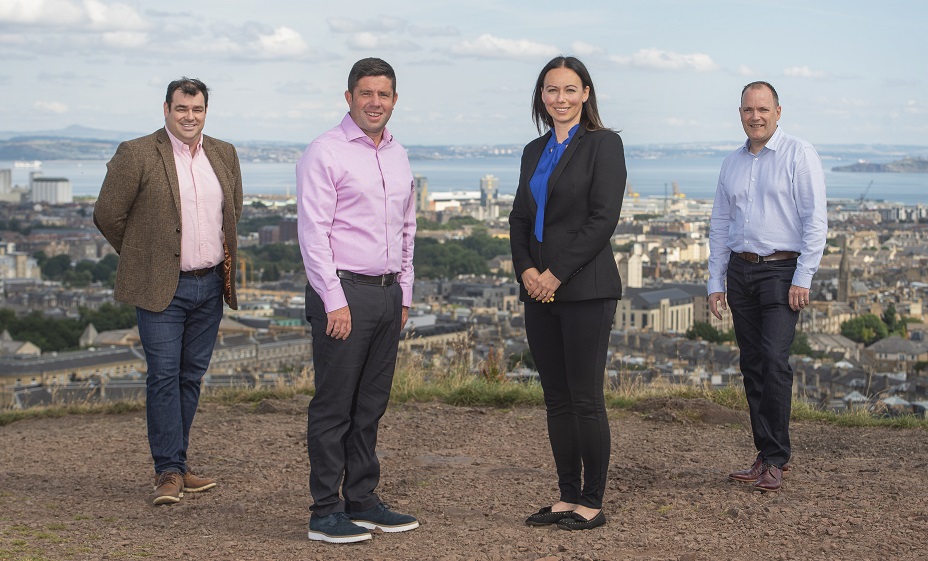 Leading the company’s Edinburgh expansion will be Niall Ryan who has joined the company as a director after more than a decade with WGM Consulting Engineers as operations director.

Niall will be tasked with growing the firm’s already impressive list of East Coast projects, including the Western General Hospital, Broadway Park and Tayside Elective Centre. Most recently, the company began working with Ambassador Group on master planning Ocean Terminal in Edinburgh, which is destined to be a highly sustainable and energy efficient addition to Leith.

In December last year, the company announced a significant expansion with the launch of a new London office - which opened doors into significant technical due diligence projects across the south of England and Wales.

Director Michael Gribben, who founded XBuro UK alongside Thomas Brady in 2018, said: “The growth has been incredible. We’re winning more retainer clients, and bigger projects. London in particular has grown far more quickly than we ever expected.

“With the amount of projects we were winning in Edinburgh and the east, solidifying our foothold with an office and by growing our team was the logical next step.

“We’re incredibly excited to have Niall on board. His significant expertise in education and healthcare, and experience with new office disciplines such as Passivhaus design will be invaluable.”

Niall said: “There are so many opportunities to build on our current project portfolio in Edinburgh, not only because of the growth of the city, but because of the need to support clients in achieving Scotland’s target of net-zero carbon by 2045.

“That’s why we’re building a team with extensive sustainability experience. I look forward to working alongside Michael, Thomas and the team to develop a sustainable long-term presence in the East Coast, while further establishing the company’s reputation within Edinburgh’s MEP consultancy market.”

As well as significant growth in England and Edinburgh, the company has secured a number of new client wins from its Glasgow HQ, including a major project to support the installation of surgical robots for NHS Greater Glasgow and Clyde.

XBuro UK has supported the NHS throughout its response to the pandemic, and has delivered more than 1m square feet of healthcare projects since the pandemic began, including the Covid-19 test facility at Gartnavel Hospital by NHS Greater Glasgow and Clyde and NHS24’s Scotland-wide rollout of modern flexible-working environments.

The 13-strong team is set for further expansion thanks in part to the return of the office, as it continues to work on major office redevelopments in partnership with firms such as Ryden, JLL, PMP, Doig and Smith, Currie and Brown, Thomson Gray and Avison Young.

Due to its ongoing projects and other recent wins, including a contract on a significant property portfolio acquisition for a large Scottish based investment company and work with the Ministry of Defence to deliver refurbishment projects, XBuro is currently engaged in projects in excess of £100m.