Morgan Sindall has reversed its decision to resume work on the £250 million Sighthill Transformational Regeneration Area in Glasgow today with the firm citing confusion caused by contradictory guidance for construction from Holyrood and Westminster. 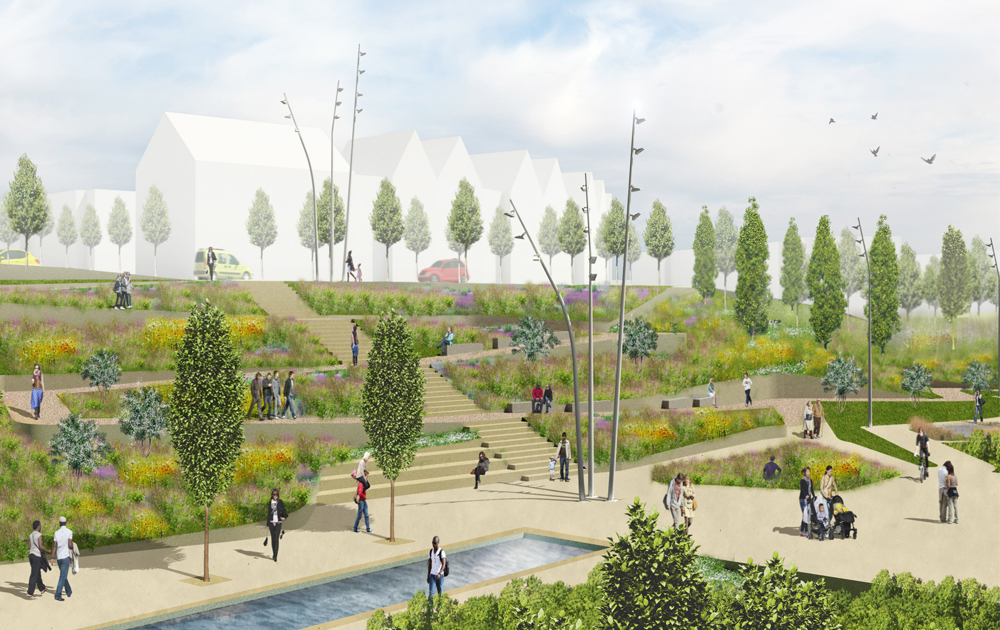 But after deferring to its client, Glasgow City Council, Morgan Sindall decided against resuming work until a later date.

A spokesperson told Scottish Construction Now: “At Morgan Sindall the health and wellbeing of our people, partners and the public is our overriding priority. As a precautionary measure, the Sighthill site was closed last week to allow for a reconfiguration of its facilities to ensure that social distancing measures could be implemented.

“In agreement with our client, Glasgow City Council, the project will reopen at an appropriate time on a phased basis with reduced numbers of workers on site. We have also put in place new travel arrangements and augmented on-site welfare facilities.

“Across all our operations we are strictly following Government guidance and the Construction Leadership Council Site Operating Procedures. We continue to monitor the situation very closely to ensure the continued wellbeing of our people.”

The mixed messages over whether construction sites should operate during the coronavirus pandemic have been a source of confusion since last week.

First Minister Nicola Sturgeon had advised building sites in Scotland to close but the advice from Westminster was very much that working on site was safe as long as Public Health England guidance on social distancing was followed.

Ahead of today’s U-turn, Pat Rafferty, Scottish secretary of the Unite union, said: “It’s staggering the Sighthill regeneration project is scheduled to reopen on Monday.

“The Scottish Government’s instruction is not being adhered to and tougher measures must be brought forward with immediate effect.

“We need to ensure workers’ pay, including the self-employed, are not harmed by the decision to close construction sites down, which is why many workers continue to turn up.

“The Scottish Government should be saying to Morgan Sindall and any other company that the rules are they are carrying out non-essential work, they must shut down and pay their workers.”

A Scottish Government spokeswoman had said: “The First Minister has been clear that all construction work must cease unless, for example, it is for an NHS facility.

“We understand the concerns raised by trade unions about this site and we will be in touch urgently with the contractors to remind them of their responsibilities.”