Morgan Sindall has stopped work on its Sighthill project in Glasgow after the Scottish Government ordered the immediate closure of sites unless they are supporting crucial work during the coronavirus pandemic. 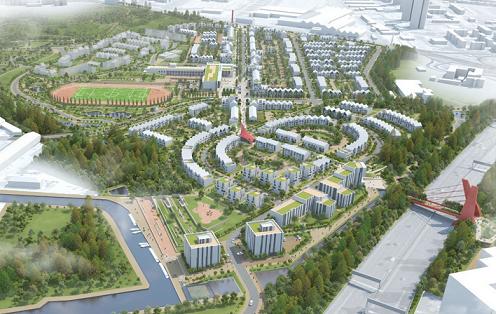 Work on the £250 million Sighthill Transformational Regeneration Area resumed last week after on-site facilities were reconfigured to ensure that safety measures could be implemented.

First Minister Nicola Sturgeon had advised at the time that non-essential building sites in Scotland should close but Morgan Sindall opted to follow guidance issued by the UK Government, which said that construction work can continue as long as social distancing measures were followed.

An original plan to open the site on March 30 was halted after the firm said it deferred to the advice of its client Glasgow City Council, which followed that of the Scottish Government at the time.

But workers were called back to the project on April 3, a move which drew criticism from the Unite union and workers.

Now, however, the company has halted work for the foreseeable future after the Scottish Government made clear which work it deemed essential and which sites should cease.

A spokesperson for Morgan Sindall told Scottish Construction Now: “Following clarity from the Scottish Government, we are demobilising and making safe the Sighthill site until such time as we are permitted to re-commence activity.

“As always, our priority remains the health and wellbeing of our people. We continue to monitor the situation and evolving guidance very closely.”

Reports in the Glasgow Times detailed workers who were upset at having to return to site.

Expressed their relief at the latest decision, one said: “This is the right decision, I can’t understand why it has taken so long though.

“The Scottish Government has always been clear construction work would stop but the company went with Westminster government advice.

“I’m so glad to get back to my family. I was putting them at risk by having to go to work.”

Work on the redevelopment of the Burrell Collection in Glasgow is also to be halted.

Staff were still on-site at the £66m refurbishment but Glasgow Life confirmed the move which followed the new construction sector guidance.