Aberdeen City Council’s plans to create a new food and drink destination venue at a revamped Aberdeen Market have now been submitted for planning. 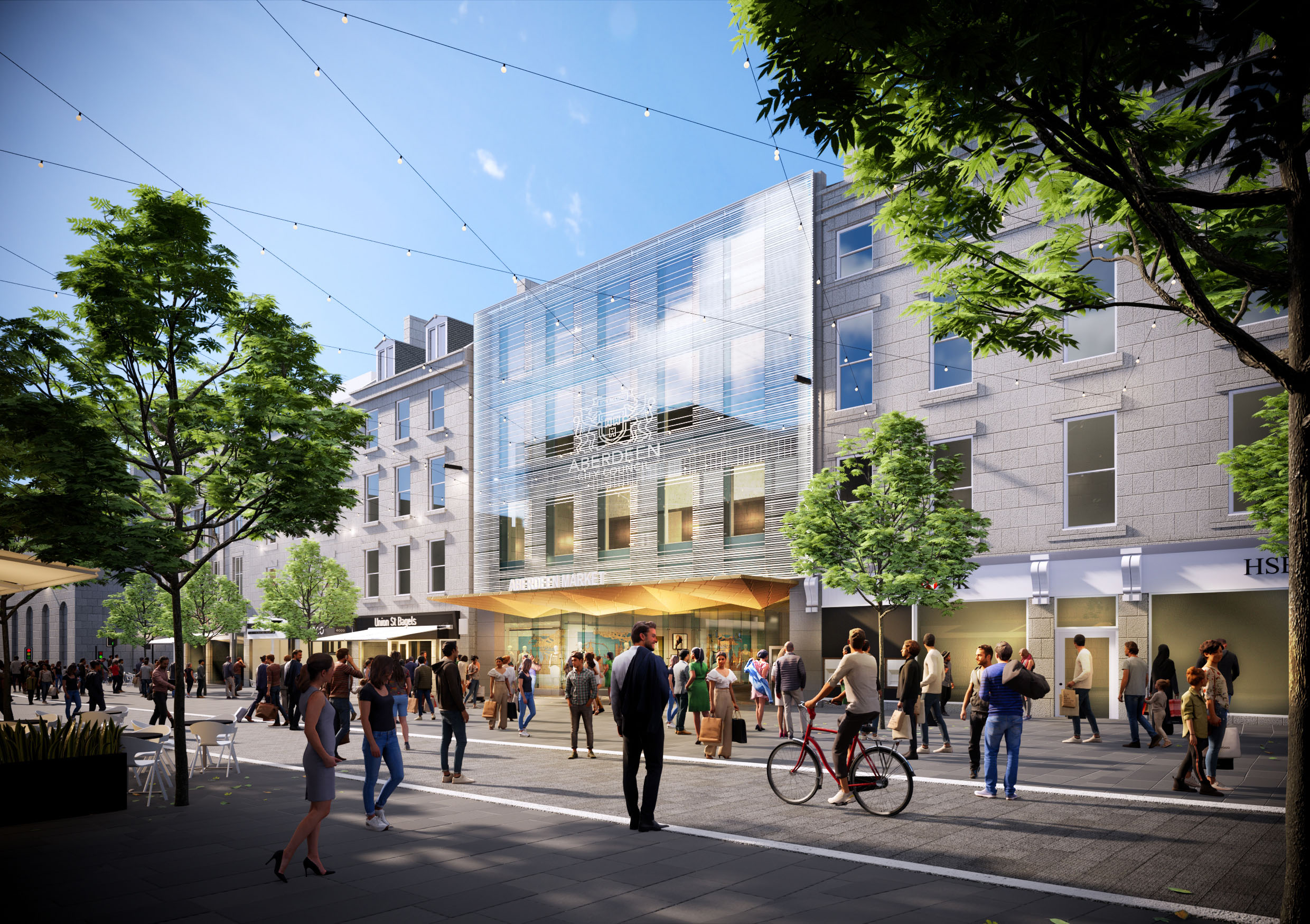 The development would also create a pedestrian connectivity between Union Street and the bus and railway stations via The Green and enliven Hadden Street and Market Street with urban realm improvements in and around The Green.

The proposal which would help the city’s recovery from Covid-19 is to develop the site with attractive market-style floorspace to create a destination venue with marketplace elements promoting local produce and goods alongside continental style delicatessen, cafes, and food outlets. 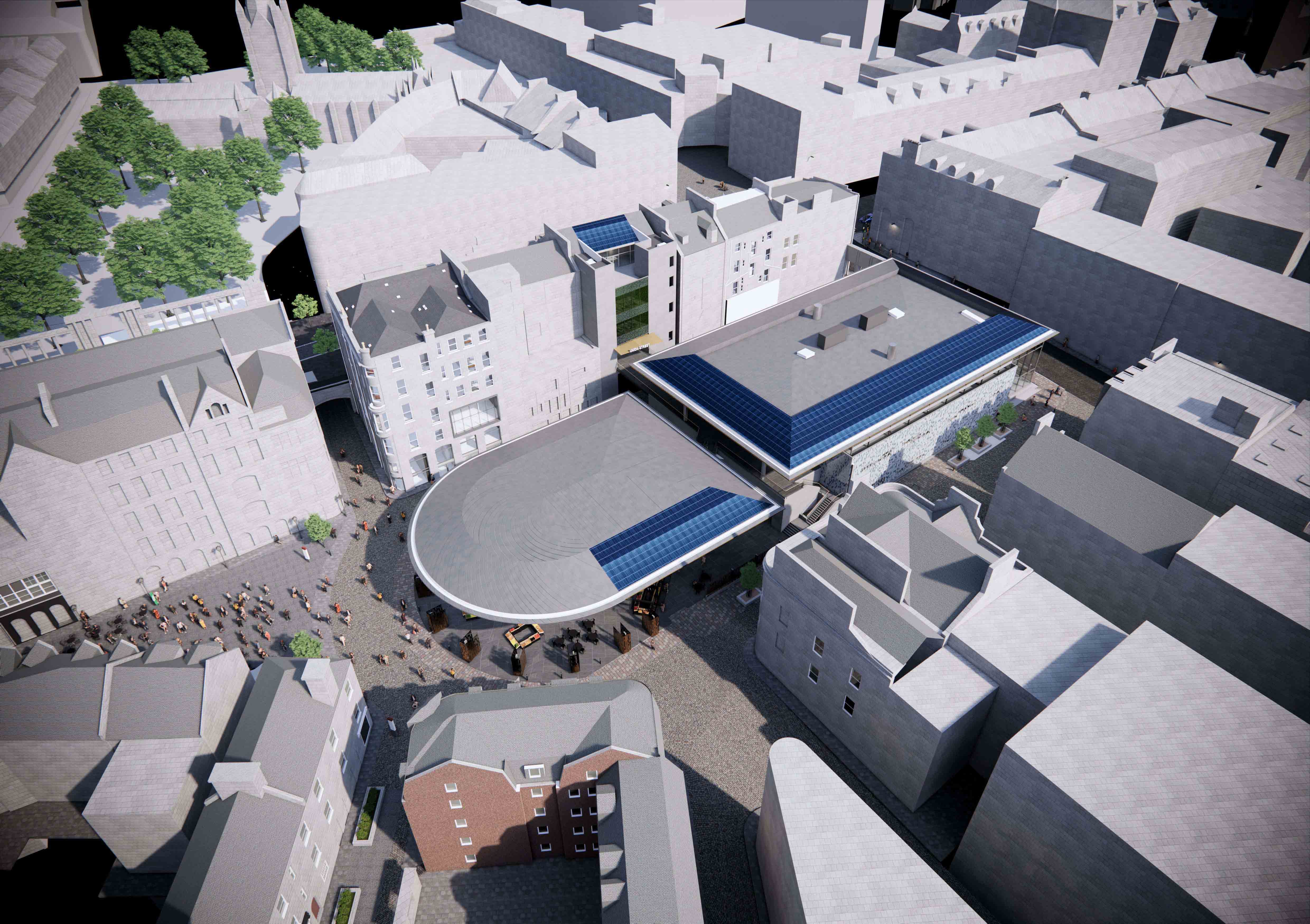 The design will feature a mixture of fixed indoor units of various sizes alongside space for temporary and pop-up facilities to allow for increased variety and would be flexible to seasonal requirements. There would also be a flexible-use outside but covered space which could be used for music events or for further market space.

This week it was announced that the council will receive £20 million from the UK Levelling Up Fund which will be used towards the development. 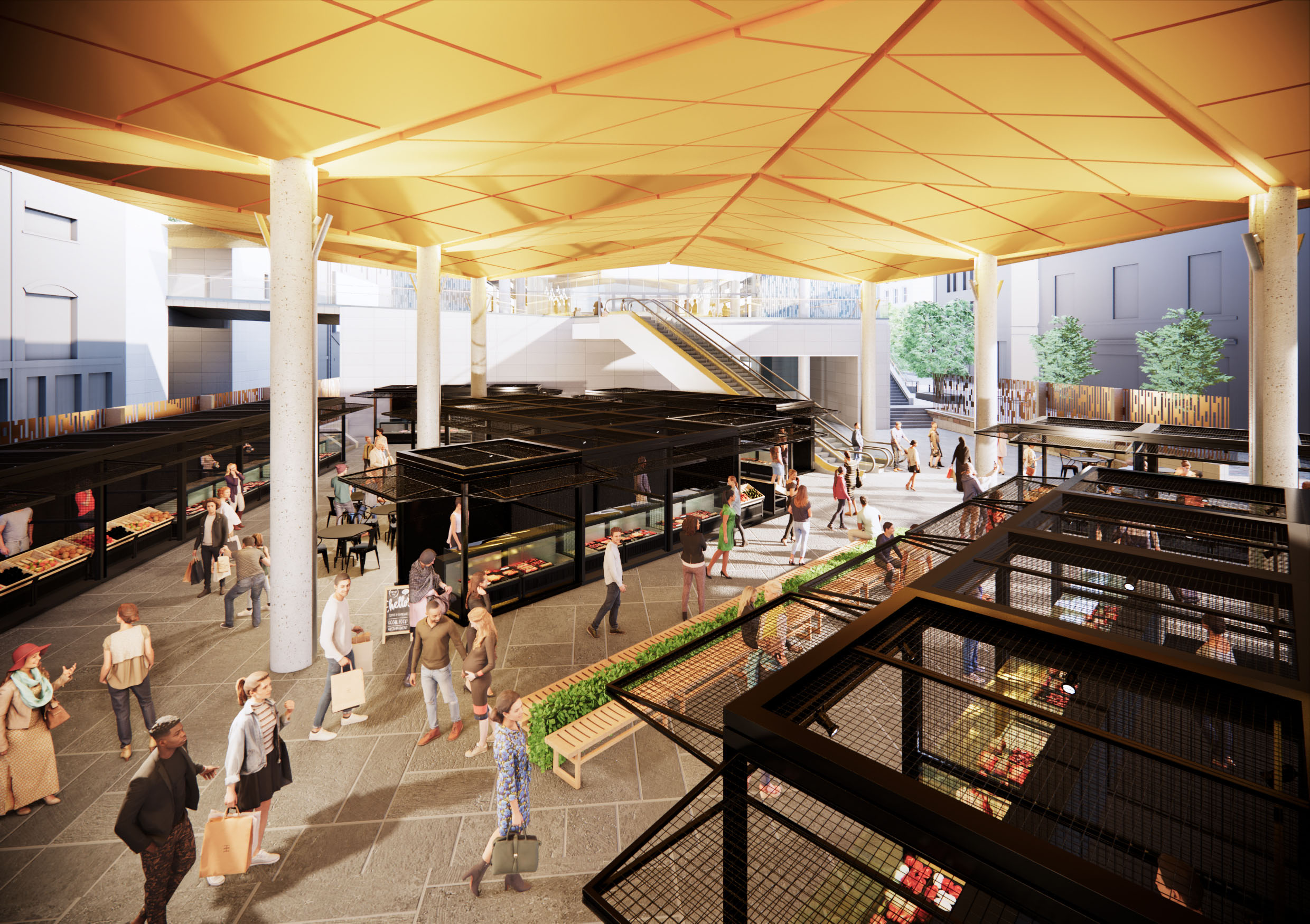 Councillor Jenny Laing, leader at Aberdeen City Council, said “Union Street remains the beating heart of our city. As part of our regeneration programme for Aberdeen, we have committed £150m towards reshaping the city centre as a destination of choice and I am delighted that we have managed to leverage in an additional £20m in Levelling Up funding to help deliver this project.” 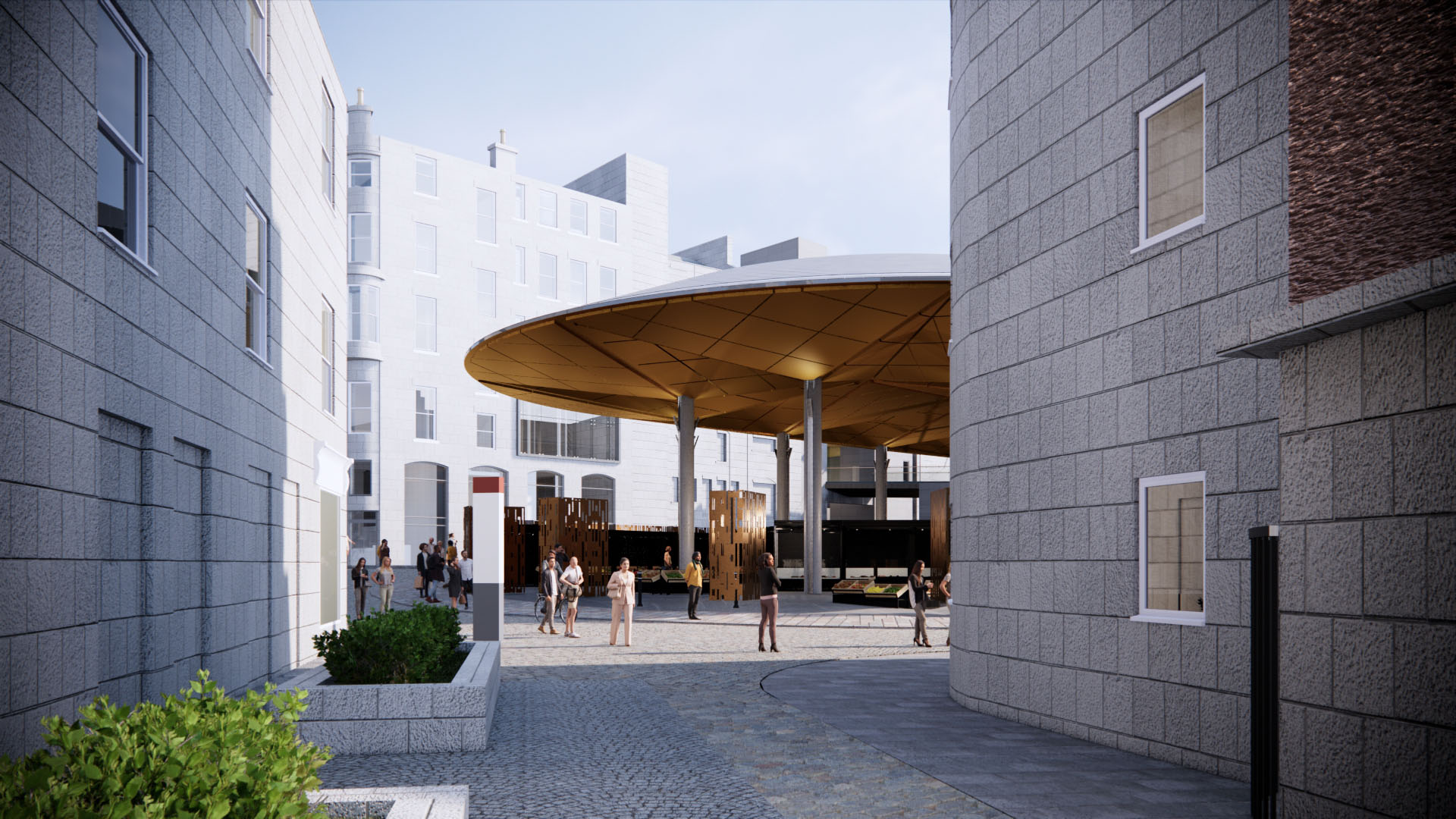 In May, the city growth and resources committee agreed to the purchase of the former Aberdeen Market and BHS building to create a destination venue featuring international-style food and drink outlets as part of the city’s recovery from Covid-19.

The former BHS building had been vacant for approximately seven years and has planning consent for a major office development which has not proved to be deliverable. 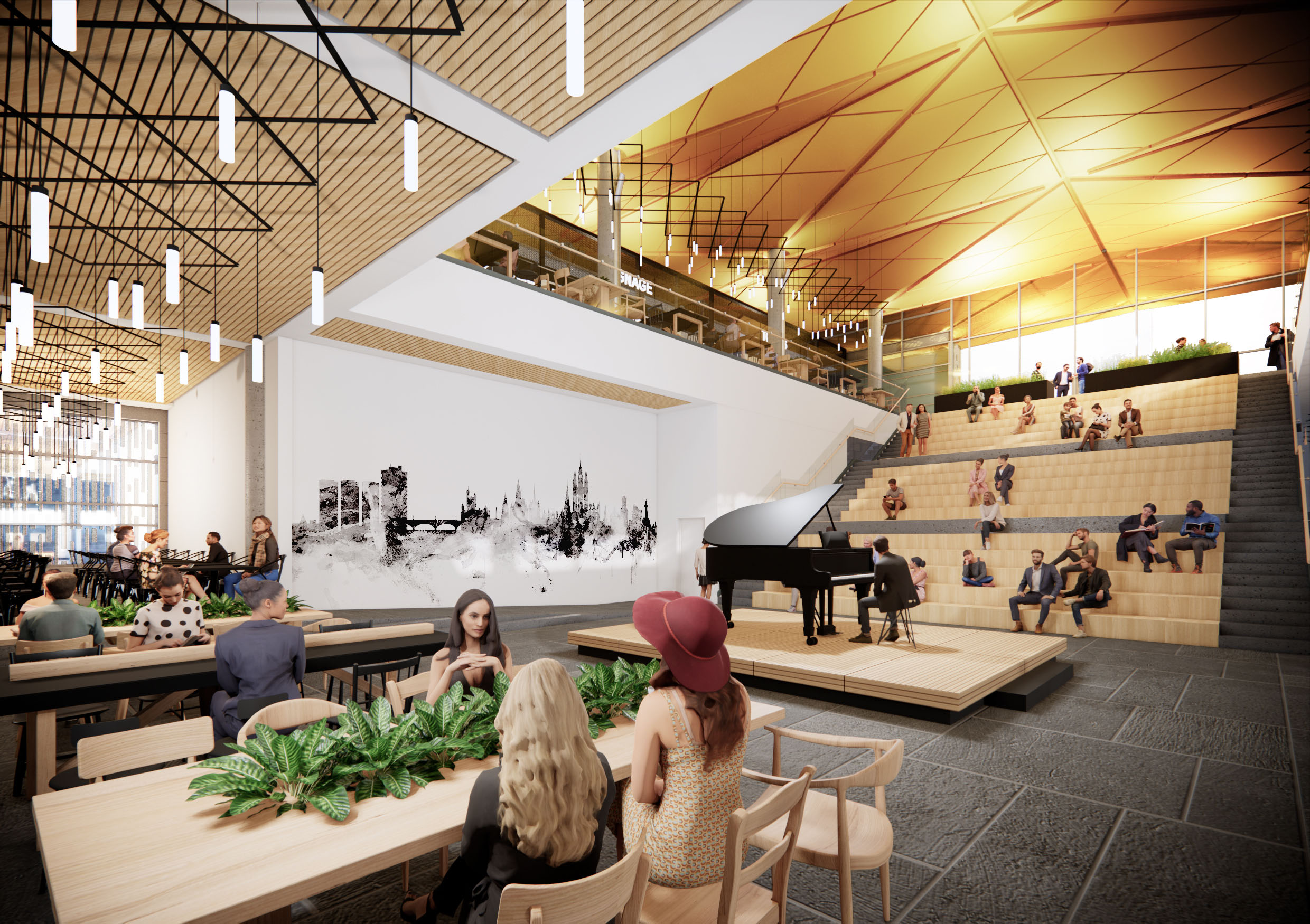 The central section of Union Street and Aberdeen Market are critical components in the ‘Heart of the City’ area of intervention identified in the approved City Centre Masterplan from 2015, which has the key objective to reinstate the central role of Union Street in the life of the city, establishing stronger linkages north and south and creating a destination not just for shopping but for many city activities.