The responsibility for maintaining Edinburgh’s tram infrastructure is set to be transferred to the service operator.

A new operating agreement containing the long-planned transfer from the City of Edinburgh Council to Edinburgh Trams Ltd is set to be confirmed by councillors this week. 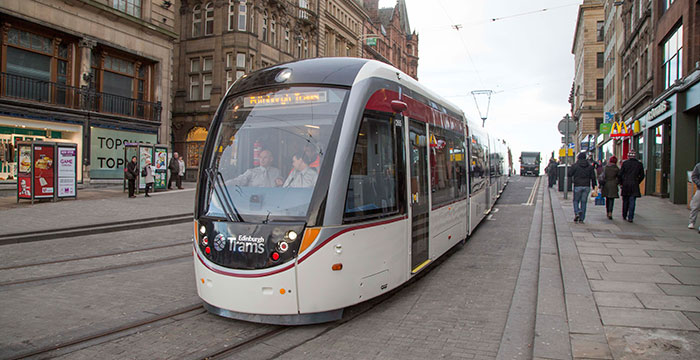 Under the new arrangements, which have already been approved by both the Tram and Transport for Edinburgh Boards, Edinburgh Trams would be able to improve value for money by directly managing contracts for vehicles, infrastructure and systems.

If councillors approve the report, Edinburgh Trams will be obliged to pay the council an £8.5 million annual asset fee for use of the tram infrastructure, This would result in Edinburgh Trams moving from a profitable to a loss-making company in the near term.

Transport convener, Councillor Lesley Macinnes, said: “It’s a reflection of how well Edinburgh Trams is performing as a company that we feel they are now ready to take on the responsibility for maintenance costs - as was always the plan when the current arrangements were agreed. Their continued growth in passenger numbers, improved service frequency and excellent and indeed award-winning customer service point to their readiness for this transfer of responsibility.”

Lea Harrison, managing director of Edinburgh Trams, added: “In less than five years of passenger service, we have proven ourselves as a competent operator of the tramway by returning an operating profit through sustained increases in patronage, revenue and customer satisfaction.

“The proposal to add additional responsibility to the agreement is recognition of our efforts and demonstrates the council’s belief in our organisational maturity and our ability to make cost savings for the city.”