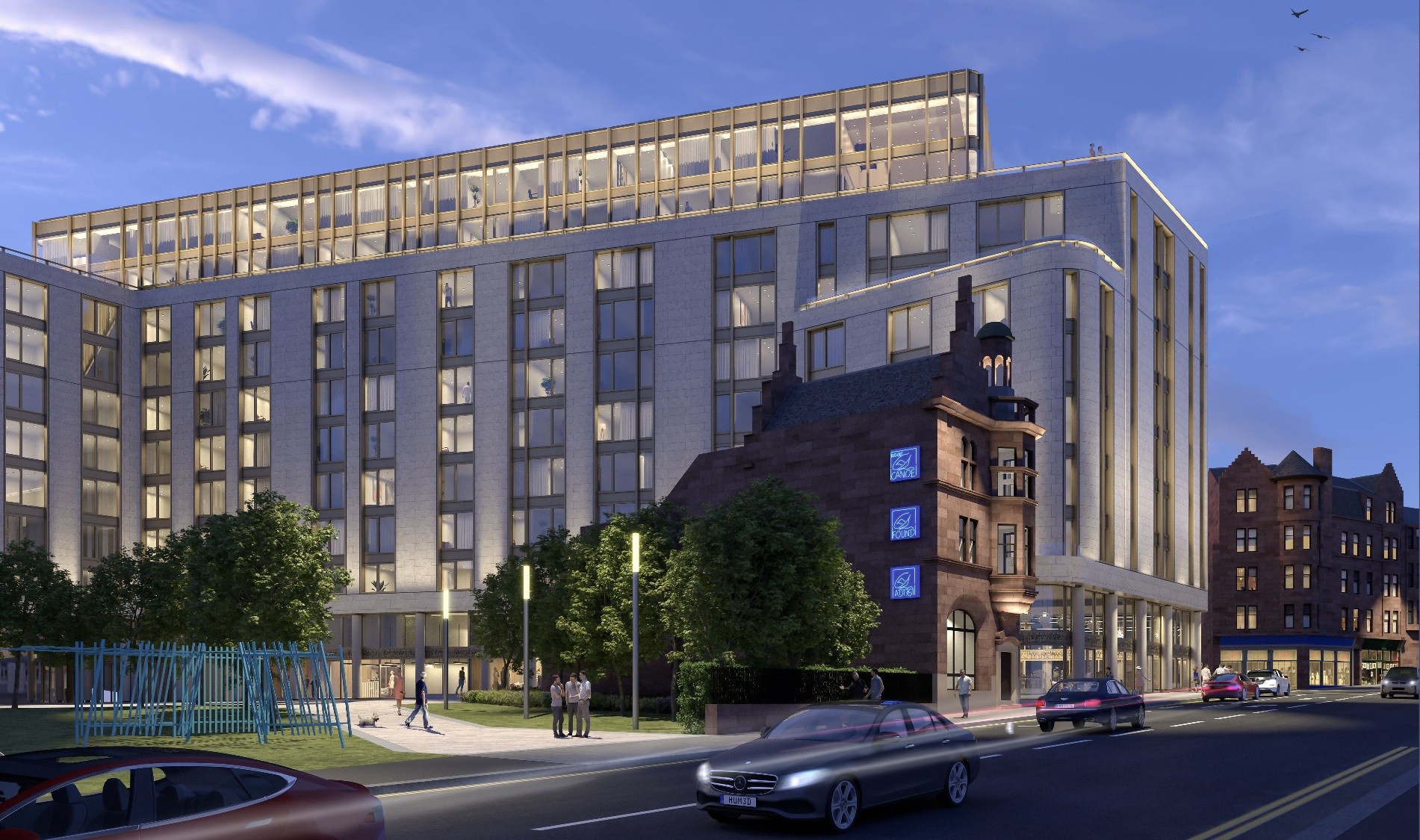 The developer intends to demolish a number of unlisted dilapidated and half-demolished structures within a conservation area at the junction of High Street and George Street and build 239 flats with roof-top terraces. A mixture of studio, one and two-bedroom flats will be provided along with a number of shared amenity spaces.

CarsonSall Architects has been brought on board to rework plans initial submitted by ADF in 2019.

A design statement provided with the planning application, reads: “This high-quality level of detail at street level will enhance the immediate public realm, adding interest and scale to the colonnaded ground floor.” 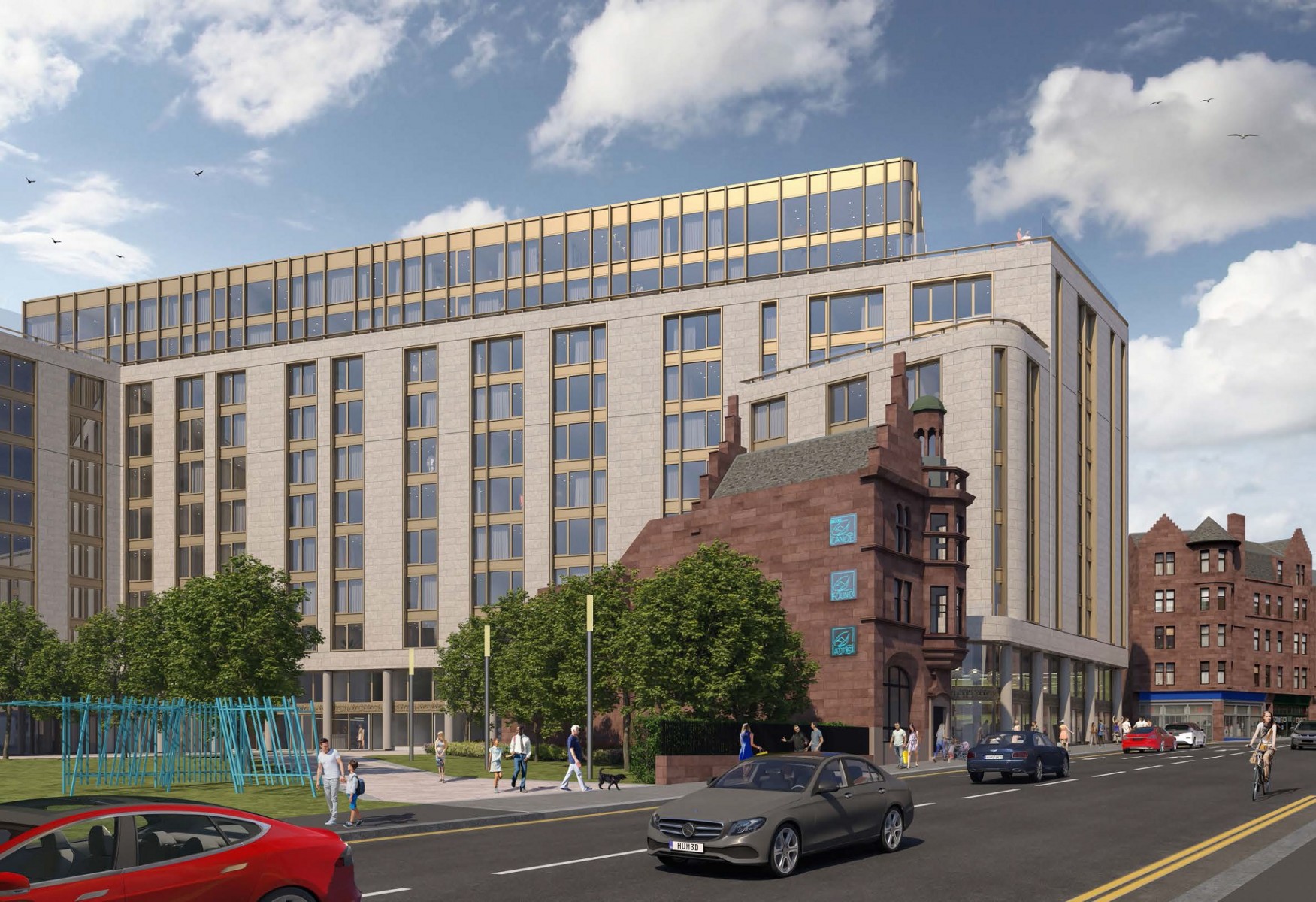 An unlisted group of buildings at the corner — including the Old College Bar — would be knocked down.

The document states: “Their contribution to the streetscape and local conservation area are poor due to their semi-derelict state and any lack of a clear architectural strategy or composition.

“The Old College Bar sits small and largely insignificant within the urban landscape. Alongside the building it adjoins, it detracts from the streetscape, sitting semi-derelict at the edge of the busy High Street. 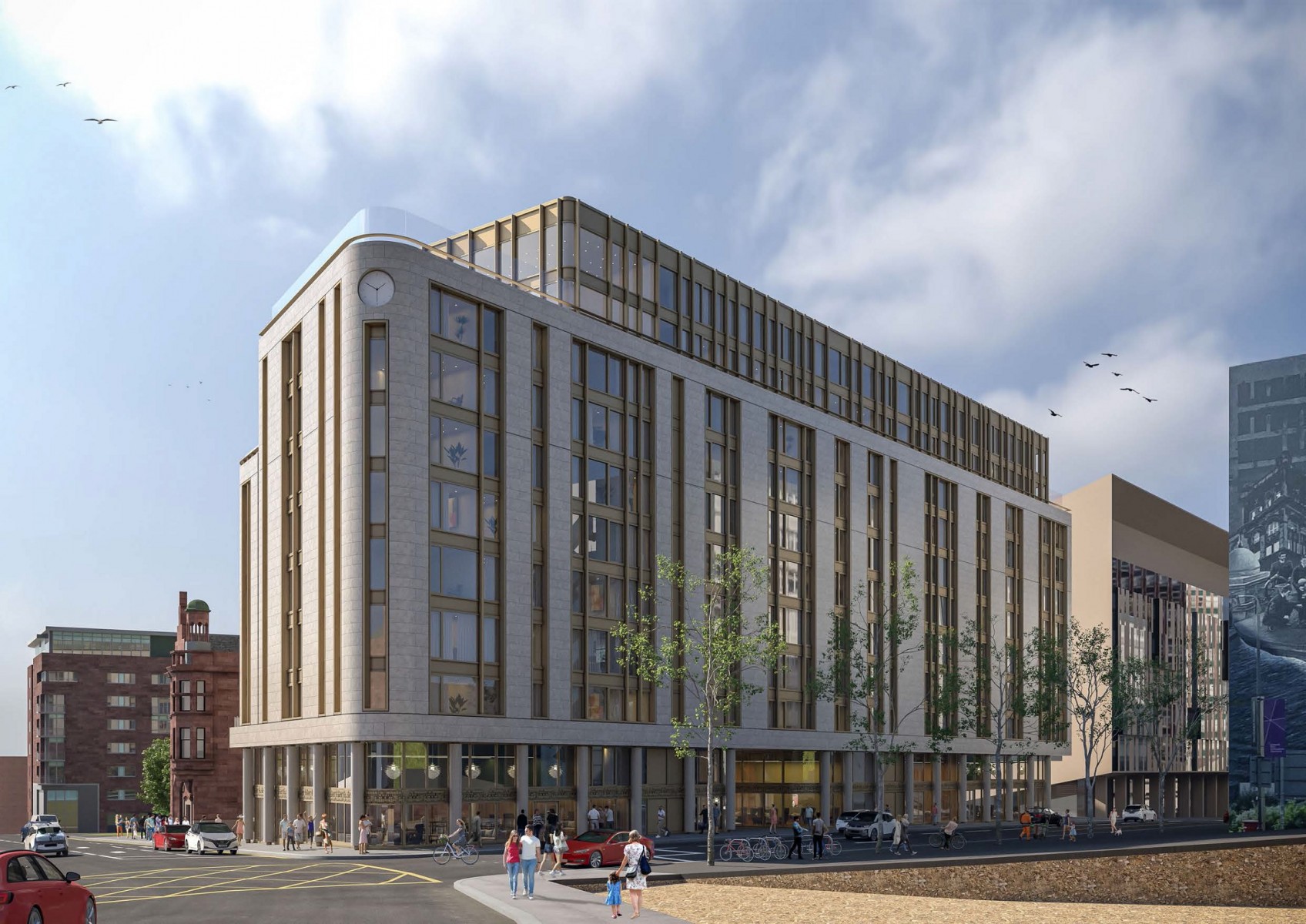 “The building is unlisted and exists in a poor state. Despite its condition, the building holds special significance for the local community and, following discussions with the owner, Collin Beattie, the bar will be reinstated in its original location, occupying an enlarged area within units three and four on the ground floor.

“Elements of the existing Old College Bar interior will be salvaged and re-used to create an improved setting for the bar’s continued operation.”

The base of the building would include work by internationally-renowned artist Toby Paterson, with an abstract, pressed metal frieze running around the perimeter between the ground and first floors. 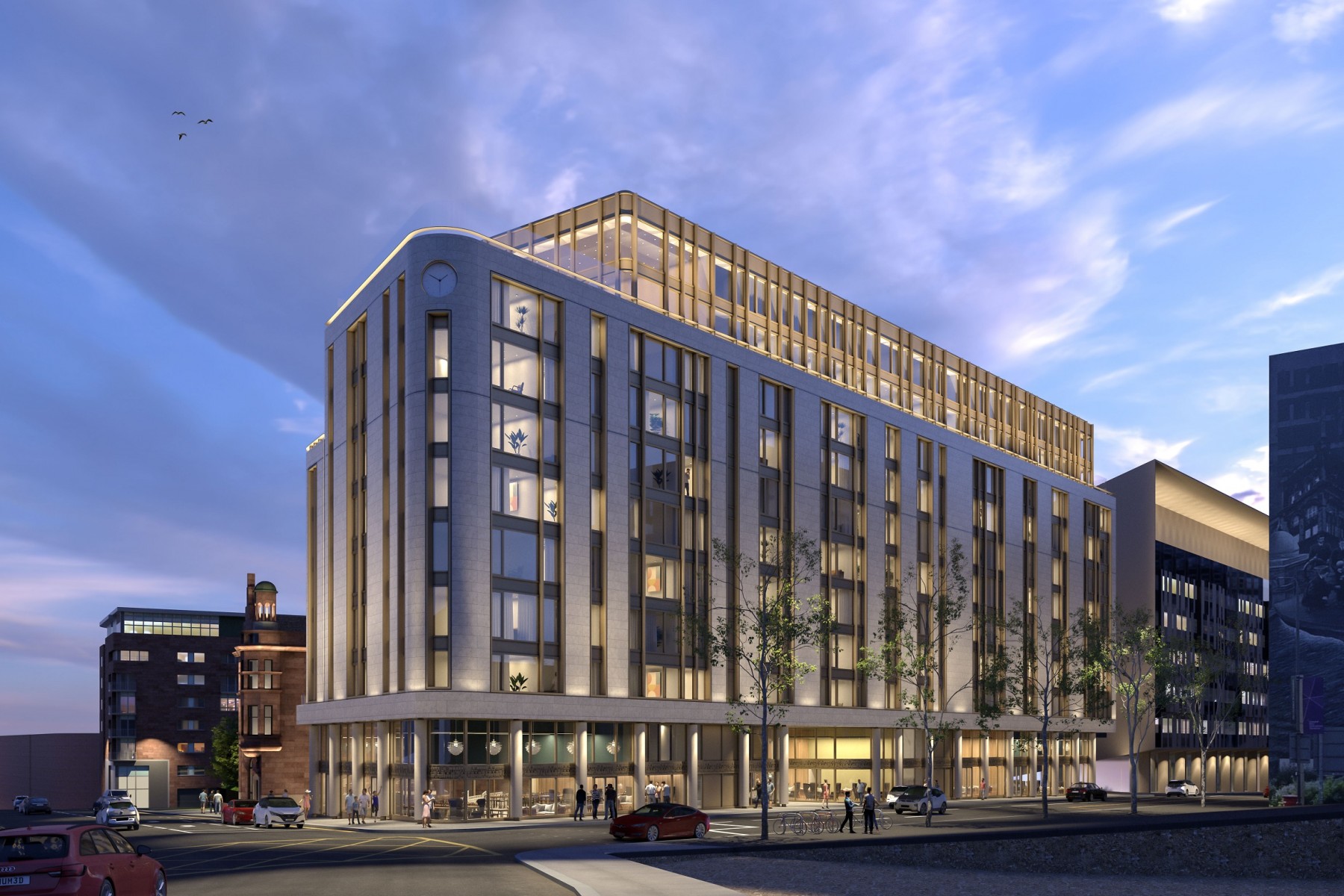 The design report reads: “At the heart of the development is a new green space. This is a large amenity area, where the intention is to take the previous ‘themed garden’ and incorporate it within this zone.”