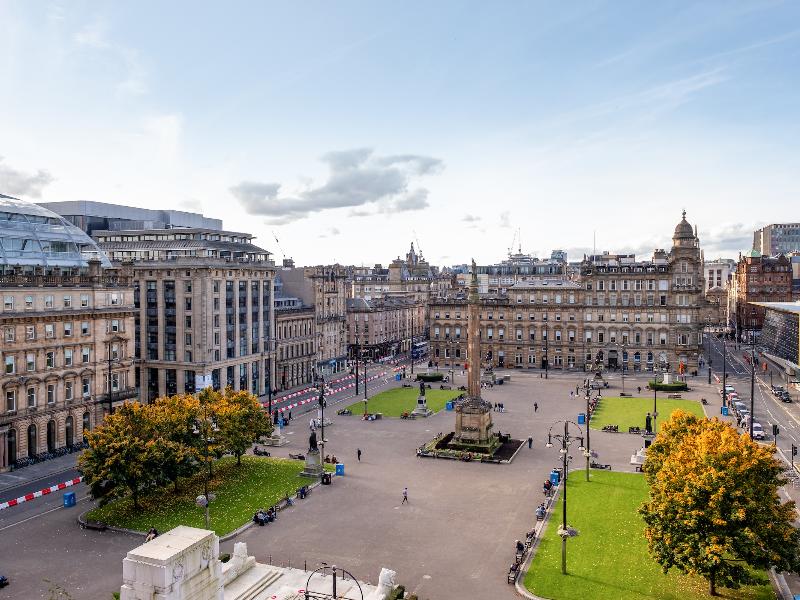 A four-week public engagement process on the future design of Glasgow’s George Square and the surrounding Avenues has begun.

Those interested in taking part in the engagement, or looking for more information, should visit www.ourplaceglasgow.com.

John McAslan + Partners has been commissioned to reconsider the synergy and balance between George Square and the surrounding streets in relation to contemporary life. This involves clarifying the architectural and spatial qualities of the Square and its relationship to the surrounding urban context.

The scope of the improvements will include George Street and St Vincent Street as well as Dundas Street and Dundas Lane, John Street, St Vincent Place, Miller Street and Hanover Street.

The scheme is part of the wider £115 million Avenues initiative aimed at improving pedestrian connectivity and priority throughout the city, amid new tree planting, rain gardens, cycleways and improved public transport. Sustainability and community sit at the core of this project, with the aim of substantially enhancing both the urban environment and opportunities for residents and visitors.

This public engagement follows and builds upon another in 2019 which sought the views of the people of Glasgow on their feelings about, and future use of, the square.

Councillor Susan Aitken, leader of Glasgow City Council, said: “George Square should be Glasgow’s greatest civic space - and, through this consultation, we all have the opportunity to make sure the square and its surrounding Avenues that meets our aspirations for the future.

“While the conversation about George Square back in 2019 told us what the people of the city felt about the space, and their ambitions for it, this consultation is different - this time we are asking for views specifically on how people want to the square to look, in terms of its design and what is in it.”

The project will be delivered in two phases: Phase 1 will include George Square, Dundas Street, Dundas Lane and John Street, and is due to be completed in 2026. Phase 2 includes St Vincent Street, St Vincent Place, Hanover Street, Miller Street and George Street. This is due for completion in 2028.

Founded by Glasgow-born John McAslan in 1993, John McAslan + Partners has considerable experience in working in Scotland. The practice’s current Scottish projects include the refurbishment of the Burrell Renaissance in Glasgow and the National Galleries of Scotland’s new Collection Facility in Edinburgh.