Queen’s Park Football Club’s revised plans to demolish the “oldest football building in the world” to make way for a new stadium at Lesser Hampden have been granted planning permission. 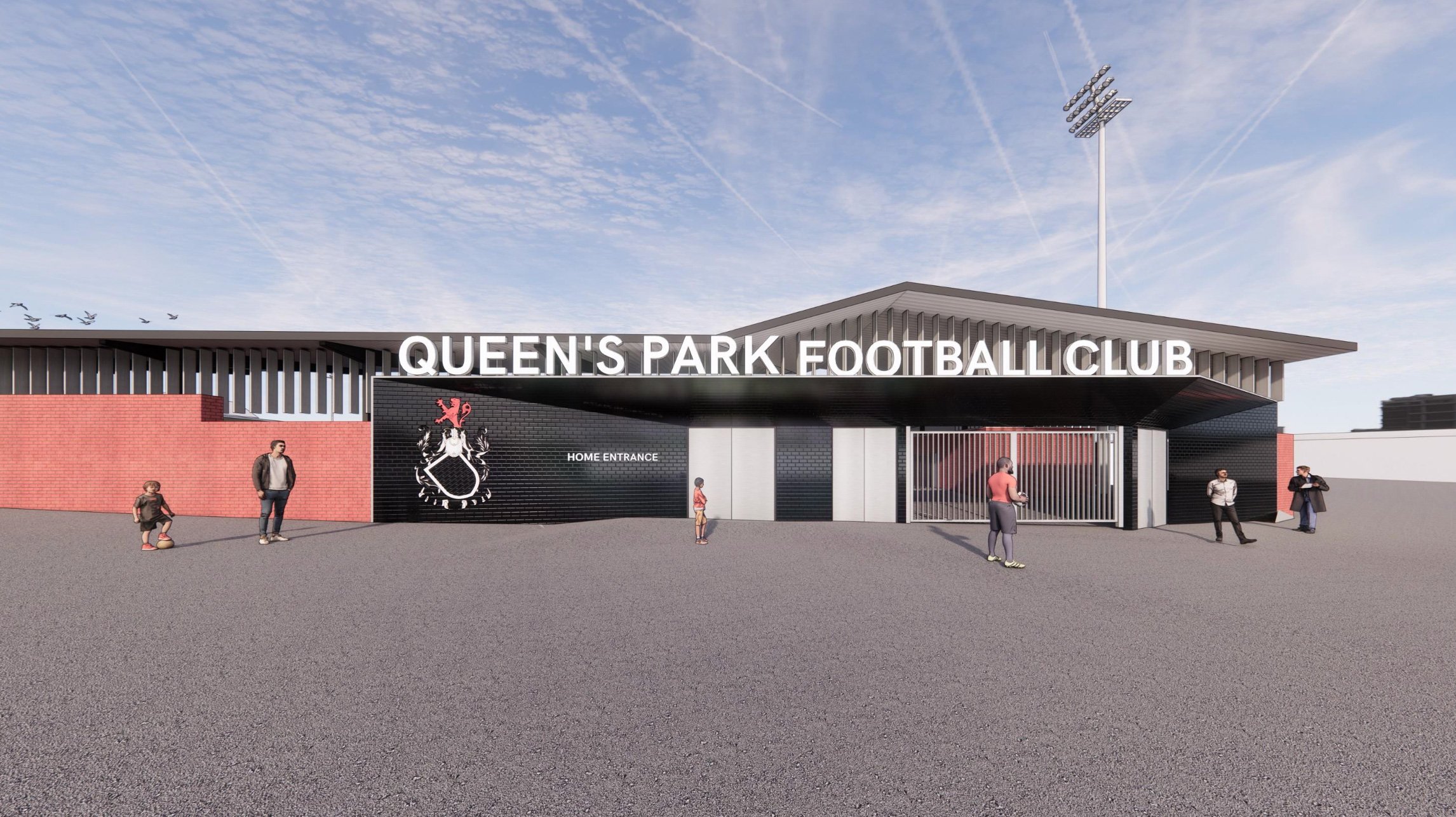 Initial plans for a 1,700-seater stadium were granted planning permission in December 2019 and included a new East Stand, with a capacity of 812, and extending the West Stand to accommodate 914 people. They also involved new home and away changing rooms, facilities for match officials and an extended clubhouse terrace for 48 people.

However, in new plans lodged late last year, the club pledged to deliver an even bigger and better stadium with new plans featuring “enhanced” facilities when compared to the original design.

Glasgow City Council has approved the new designs from Holmes Miller subject to a number of conditions, among which is the requirement to call out a comprehensive contaminated land investigation, including risk assessment and remediation strategy.

To be delivered over two phases, the new design will now deliver a 1000 capacity East Stand running the full length of the pitch and give the club flexibility to increase capacity in future. 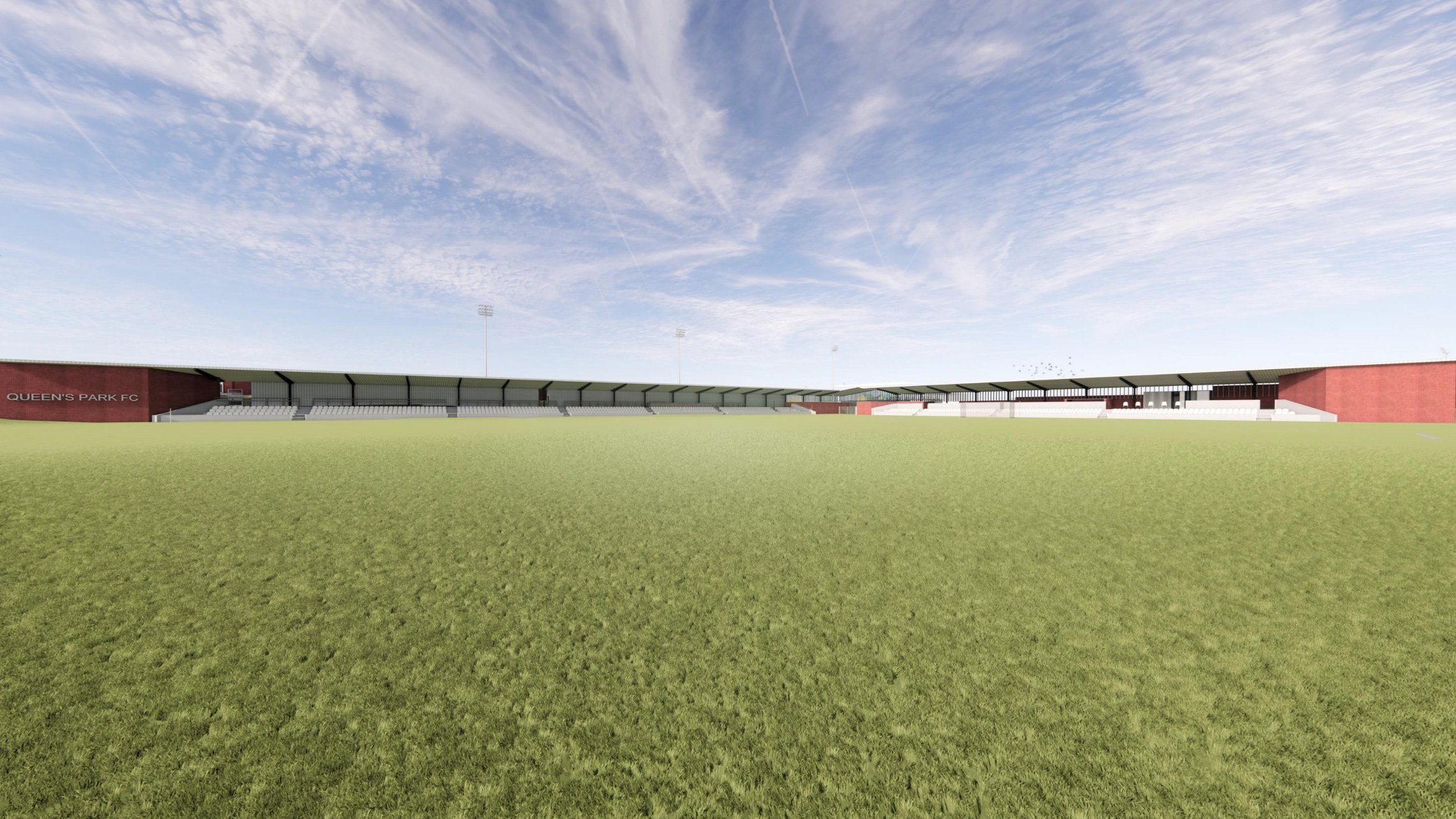 State of the art new dressing rooms will now be pitchside, below the existing JB McAlpine Pavilion, while the pitch will be moved and resurfaced, giving space for a new South Stand (Letherby Drive end) to accommodate 500 visiting supporters.

A new area for directors and sponsors will be housed adjacent to the existing JB McAlpine Pavilion, which will be refitted internally, giving more space for social facilities and other stadium-related essentials.

To accommodate these plans, the club said it has taken the “difficult decision” to demolish the farmhouse building, a former changing pavilion which has been labelled the oldest footballing building in the world, as its condition has deteriorated significantly over time. It would also limit the club’s ability to expand improved facilities towards the Somerville Drive side of the ground, the club added. 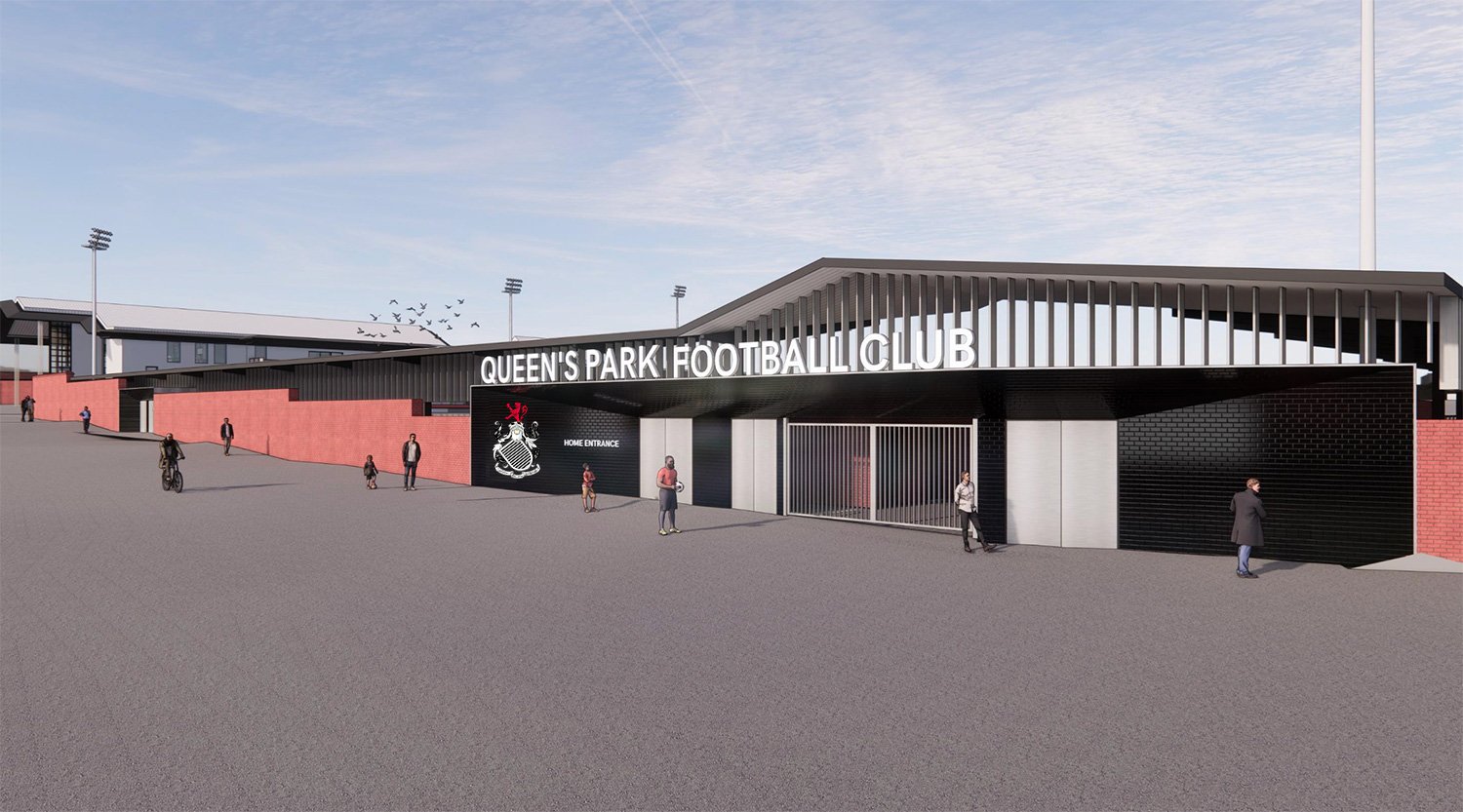 Phase 1 will see the East Stand, state of the art dressing rooms, sponsors and directors’ area and time permitting, the pitch moved and resurfaced.

Phase 2 will see the new South Stand and a refit of the JB McAlpine Pavilion.

A statement submitted with the latest application added: “Lessons from the pandemic experience of managing through extreme uncertainty had to be taken on-board and greater consideration given to the short-term requirements of the football club.

“Queen’s Park FC have now taken this period to be proactive and have subsequently reviewed their current strategic plan but also thinking towards protecting the long-term viability of the football club together with their short-term operational requirements.”