Trade bodies warn against meter-tampering as cost of living bites 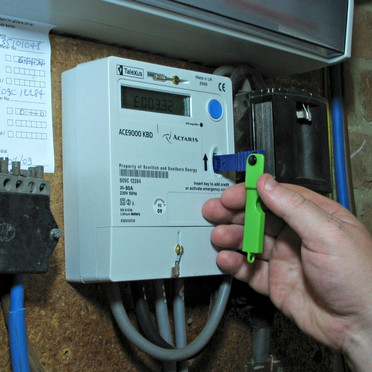 The bodies say interfering with electricity and gas meters can have a “disastrous effect” on perpetrators and innocent people nearby – and have urged anyone coming across tampering to report it and avert disaster.

In a joint statement, Alan Wilson, managing director of SELECT, and Fiona Hodgson, chief executive of SNIPEF, said: “It is a distressing sign of the times that an increasing number of consumers are resorting to tampering with their electrical and gas meters in an effort to reduce their energy bills.

“Stealing energy in this way is a worrying and illegal practice, often encouraged by widely shared footage on social media. But it risks lives and can have fatal consequences for innocent people close by.

“Such services are often offered by unscrupulous individuals who will bypass services or devices for a fee. But often the methods they use are often extremely dangerous and they can have no, or very limited, knowledge of what they’re doing.

“Like all gas and electrical work, interrupting the supply is something that should only ever be dealt with by fully trained and qualified professionals.

“We are urging all householders and tradespeople to immediately contact the relevant energy company if they suspect meter tampering has occurred.”

The trade bodies’ warning echoes a recent alert from the Scottish Fire and Rescue Service (SFRS), who say meter tampering is occurring with increasing frequency as the price of electricity and gas rises.

Sean Smith, fire investigation officers watch commander with SFRS, said: “SFRS is now seeing meter tampering and removal services with increasing frequency and, sadly, we have first-hand experience of the tragic circumstances that they can cause.

“We are now engaging with communities to discourage this dangerous act and make people aware of the significant risks from energy theft and meter tampering.”

The renewed alert follows a warning last year from energy regulator Ofcom, who flagged the danger of social media posts claiming gas and electricity meters could be removed as an “energy-saving hack”.

It also coincides with the current high-profile Stay Energy Safe campaign from Crimestoppers, urging contractors and consumers to contact them anonymously at 0800 023 2777 if they think a meter has been tampered.

As part of the campaign, Stay Energy Safe highlighted the tragic case of an elderly woman who died in a house fire in Glasgow after her son had their electricity meter bypassed to save on bill payments.