Trams to Newhaven on track for spring 2023 services

More than 3km of track – 70% of the total to be laid – is now in the ground as part of the Trams to Newhaven project, which remains on schedule to begin revenue services in spring 2023, delivered within the £207.3 million budget. 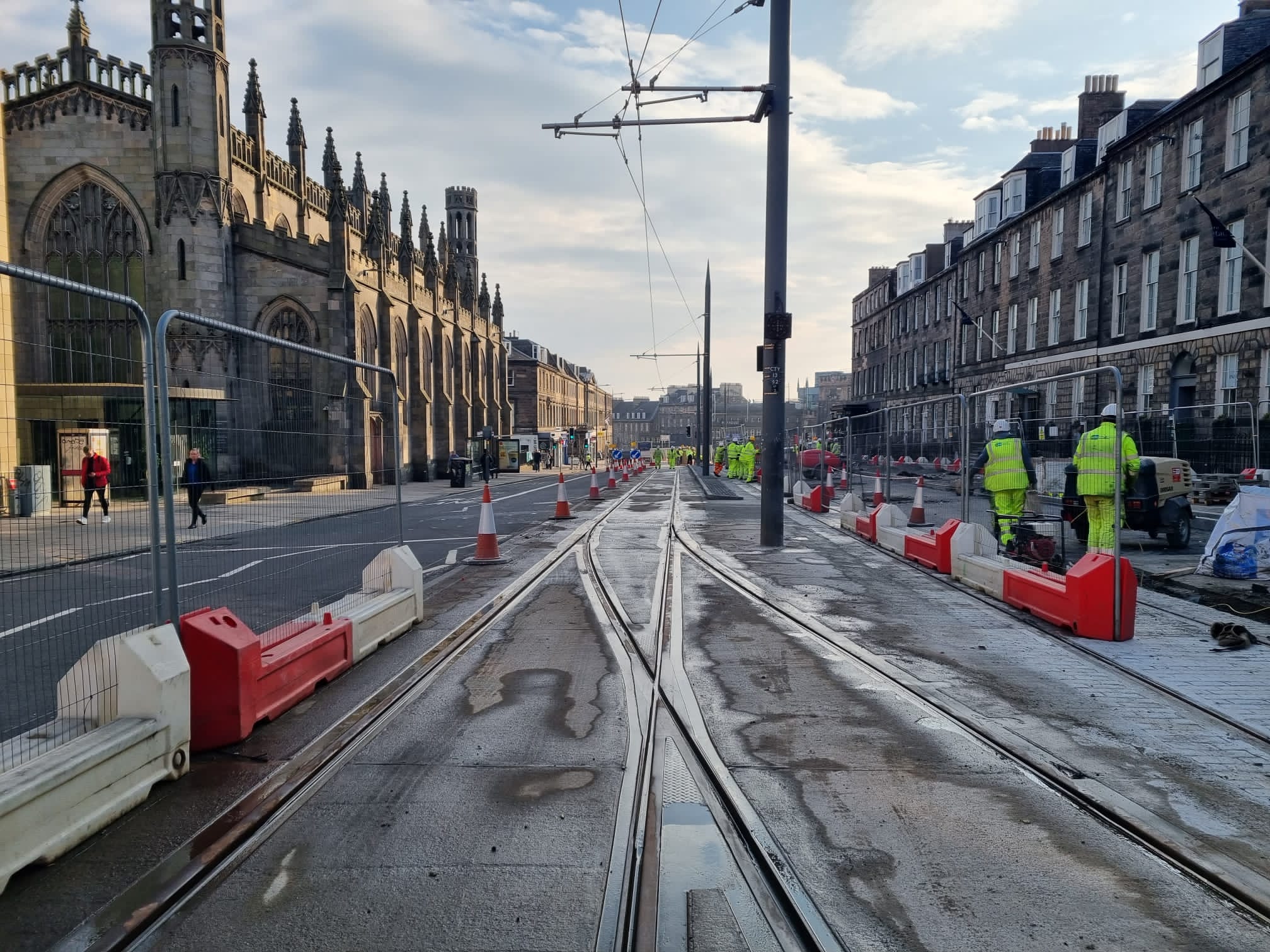 The main construction work on three of the eight new tram stops is also complete, while over 3km of drainage (66% of the total) and almost 4km of communications ducting (82% of the total) serving the tram and wider area has been installed. Construction is largely finished on several key sections of the route, other than some localised works, including Constitution Street, between Constitution Place and Queen Charlotte Street, and Ocean Terminal to Rennie’s Isle.

Operational tram stops on Princes Street and St Andrew Square will reopen this week following their temporary closure. These were closed to allow for the removal of the York Place tram stop and installation of new infrastructure there connecting the existing line to the new one.

As we enter the final year of major civil work ahead of testing and commissioning this winter, a review of the specific completion dates for remaining sections has been carried out. This has resulted in some changes affecting certain sections due to various unavoidable factors such as complex utilities diversions, archaeological finds and an industry wide shortage of materials, though this is not expected to affect the final completion date. Full details of the updated programme are available on the Trams to Newhaven website.

Councillor Lesley Macinnes, transport and environment convener, said: “It’s clear that the Trams to Newhaven project is well on its way to completion, as these figures show, and before long we’ll be testing trams on the streets of Leith. Next week, we’ll also see the return of the existing service to the city centre, which I’m sure will be great news for many.

“Of course, while this project will bring significant benefits to the area, we know that its construction has impacted all those who live and work nearby, and I’d like to thank them for their patience during the last two years.

“As we enter the final year of work to deliver the tram line, we’ve had to make some changes to the programme due to issues outwith our control. I want to assure communities along the route that we’re doing everything we can to mitigate the impacts of this, and that we’re still on track to begin providing the service by spring next year.”

Councillor Karen Doran, transport and environment vice convener, said: “This project will be transformative for the north of the city and it’s really exciting to see it take shape already.

“Once complete, it will play a key role in the future growth and development of the city. Delivering the tram line to Leith will unlock a large area of the city for housing and economic development, while providing a low-carbon, clean mode of transport to densely populated communities.”

The project team is working to mitigate the impact of changes to the programme, ensuring the scheduled spring completion date is met. Based on lessons from the first tram line, and best practice from other major European construction projects, Trams to Newhaven focuses on large work sites, providing the flexibility to continue construction elsewhere on-site if issues are encountered.

Since 2019 the project has provided significant support to businesses through its £2.4m Support for Business initiative. As part of this more than £100k has been spent on an ‘Open for Business’ campaign, 60k deliveries have gone through dedicated logistics hubs and 140 applications have been made to the business continuity fund. In addition, the extremely popular itison scheme has seen over 20k vouchers sold, generating £200k spend in participating businesses.