A new phase of work on the Trams to Newhaven project is set to begin, as the scheme continues to take shape along the route. 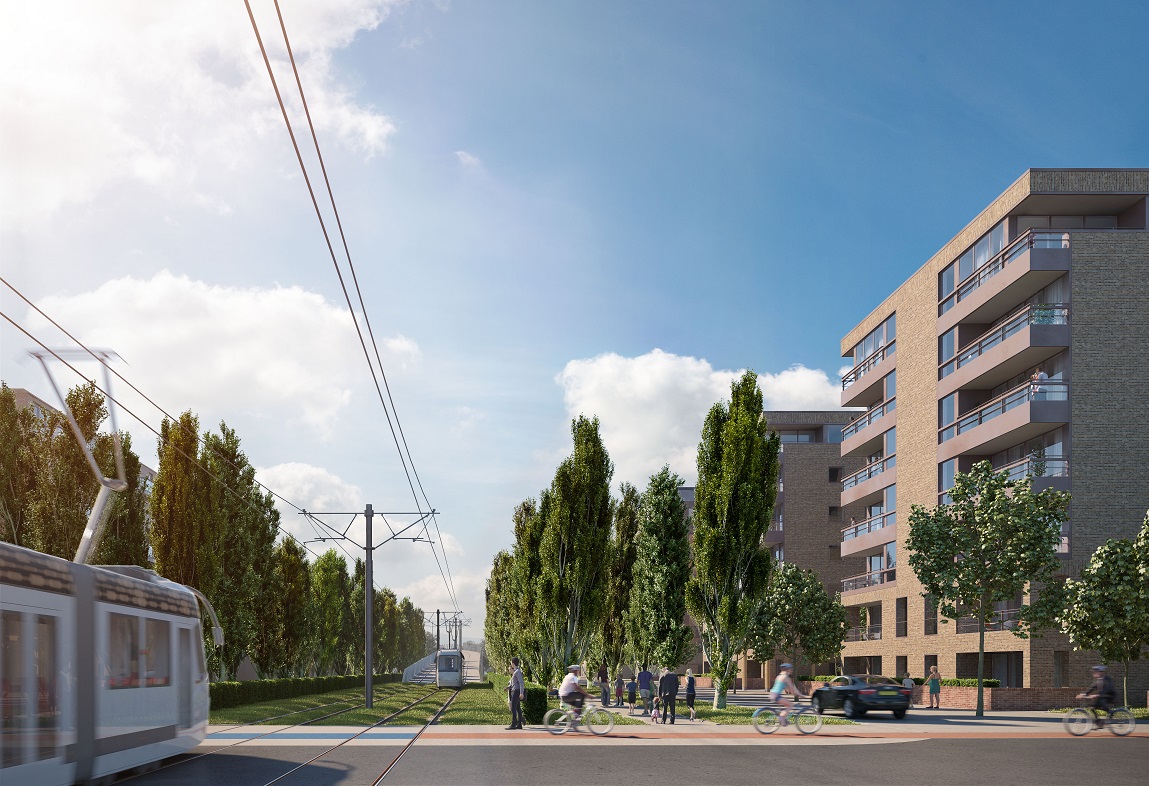 Significant progress has been made on several elements of the project, which remains on target for completion in spring 2023 and within the £207.3m budget. More than 60% of track has now been laid (2.8km), 85% of the necessary utility diversions have been carried out and construction work is complete on two new tram stops at McDonald Road and Ocean Terminal.

As part of the next stage of construction the temporary tram stop at York Place, built for the original tram line, will be demolished to allow for the installation of a crossover linking the existing line with the new route. From February 9 until April the tram from Edinburgh Airport will stop at the West End stop on Shandwick Place. From April, the tram will terminate at St Andrew Square.

Construction work on a new, permanent stop at Picardy Place will begin in May. This will come into use when the line to Newhaven opens in 2023.

With construction works on the west side of Leith Walk nearing completion, February will also see changes to traffic management in the area. While traffic will continue to run citybound, from February 2 it will be moved from the east to the west side of the road so that changes to kerb lines, improvements to public realm and the creation of a new carriageway can be carried out on the east side.

This means Pilrig Street and Steads Place can reopen for southbound traffic. There will be some closures to side streets on the east of Leith Walk at certain times, with further details published on the Trams to Newhaven website when these closures are implemented.

Councillor Lesley Macinnes, transport and environment convener, said: “We’re entering a significant phase of the Trams to Newhaven project, as we work to link the old line to the new. We are in the final year of construction for the project which will be followed by a period of testing and commissioning ahead of opening for service in Spring 2023.

“With 60% of track laid and main construction on two of the new tram stops completed, we’re making great progress and it’s exciting to be able to see elements of the new line in place, giving us an idea of how the route will look next year.

“Of course, as is expected of major infrastructure projects of this nature, there is bound to be some disruption, and I’d like to thank all those living and working nearby for their patience. We’re working hard to mitigate the impacts and will continue liaising with residents, businesses and public transport providers to keep them up to date.”

Councillor Karen Doran, transport and environment vice convener, said: “Delivering the tram line to Newhaven will unlock a large area of the city for housing and economic development, while providing a sustainable, reliable mode of transport to densely populated communities.

“We’re clearly making great strides towards its completion, and we’re making every effort to minimise disruption as part of this process.”

Logistics hubs on Montgomery Street, Albert Street, Dalmeny Street and near the Foot of the Walk will remain open for local businesses as part of the Support for Business package, which also includes a local voucher scheme and a business continuity fund.

As work on a bidirectional cycle lane continues the existing cycle diversion remains in place on either side of Leith Walk. Pedestrian footways and access to shops, hospitality and leisure venues on the east side will be maintained at all times.

The London Road to Crown Street section of the project is estimated to be complete by July 2022, while it is expected that the London Road to York Place section will be finished in September.