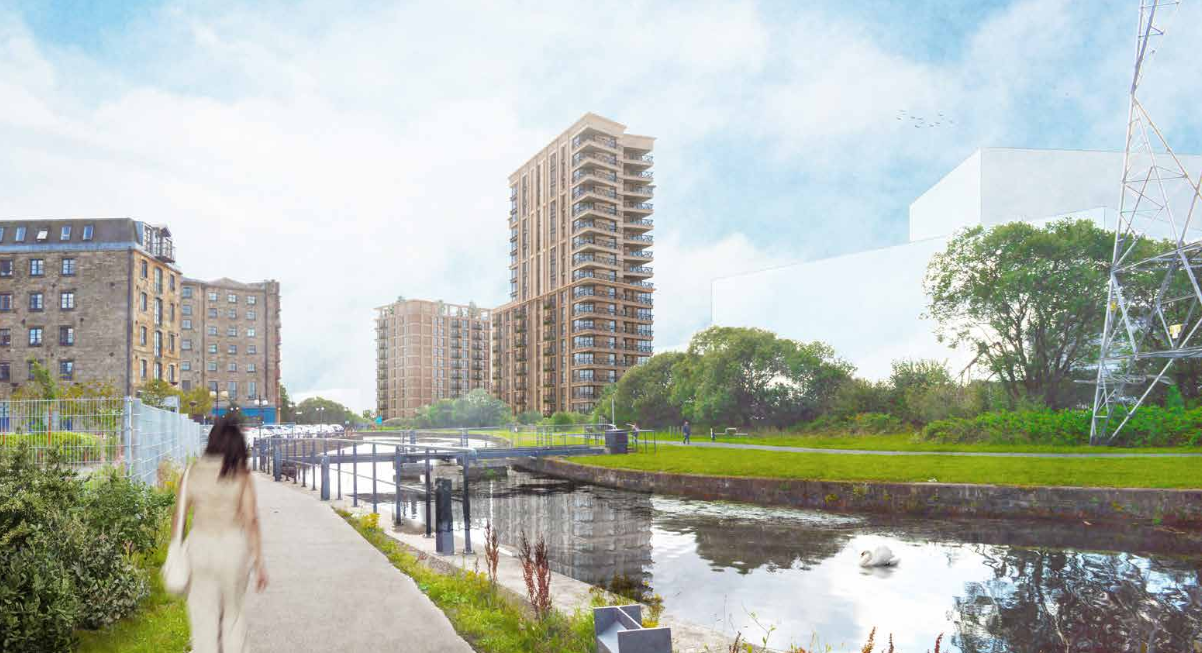 All images courtesy of Stallan-Brand

A developer has failed in its bid to overturn a decision to reject its plans for a major residential development beside the canal near Speirs Wharf.

In February, Glasgow City Council’s planning committee voted 11:4 against an application by Hoxton Securities for 182 flats on a gap site between Sawmillfield Street and Farnell Street.

Described as the first step towards the regeneration of the Garscube industrial area, the developers had said the Stallan-Brand-designed project will deliver a “national best practice example of canalside regeneration”. Two buildings were proposed — one with 20 floors, the other with 12 — either side of a landscaped central access ramp giving level access to the canal towpath. 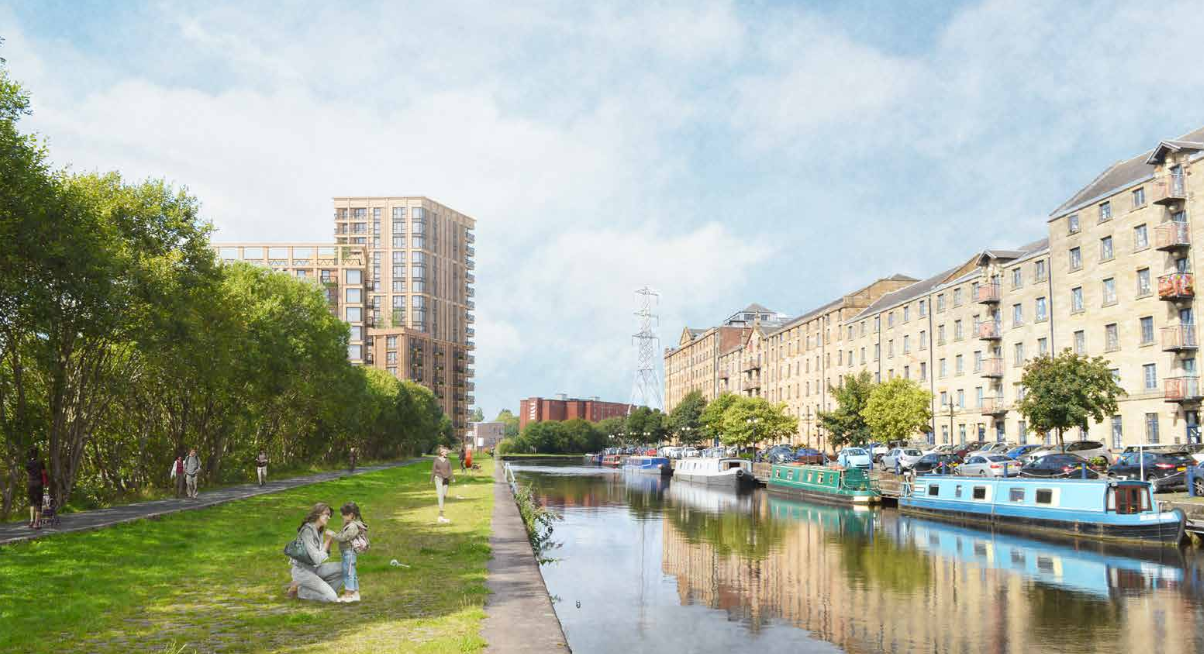 Applicant Hoxton Securities appealed to the Scottish Government’s planning and environmental appeals division to try to overturn the decision.

But their expert has backed the councillors’ verdict. 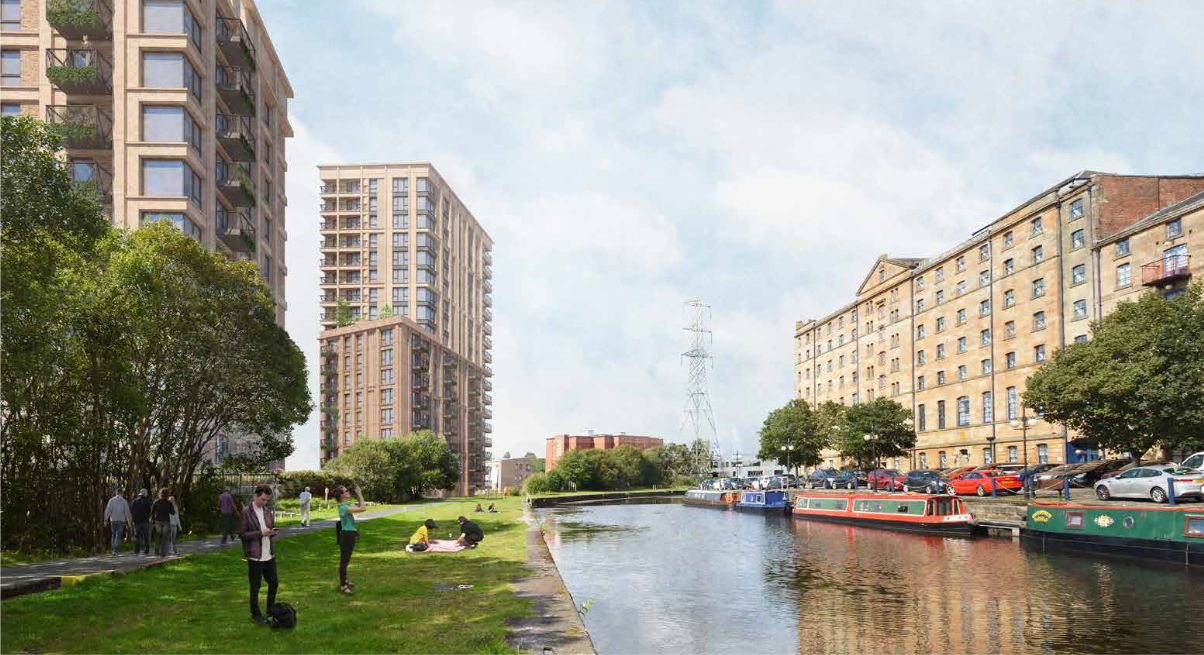 Assistant chief reporter Dan Jackman said: “In essence, I find the proposal to be the wrong development in the wrong place.

“There is no urban design justification for a building with twin towers of 20 and 10 storeys when the surrounding development is two or three storeys. I consider that the proposal would have unacceptable impacts on important heritage assets.

“In addition, there is insufficient analysis to show that on and off-site public open space provision would be
adequate for a future population of at least 218 people. The proposal does not accord overall with the relevant provisions of the development plan and there are no material considerations that would still justify granting planning permission.” 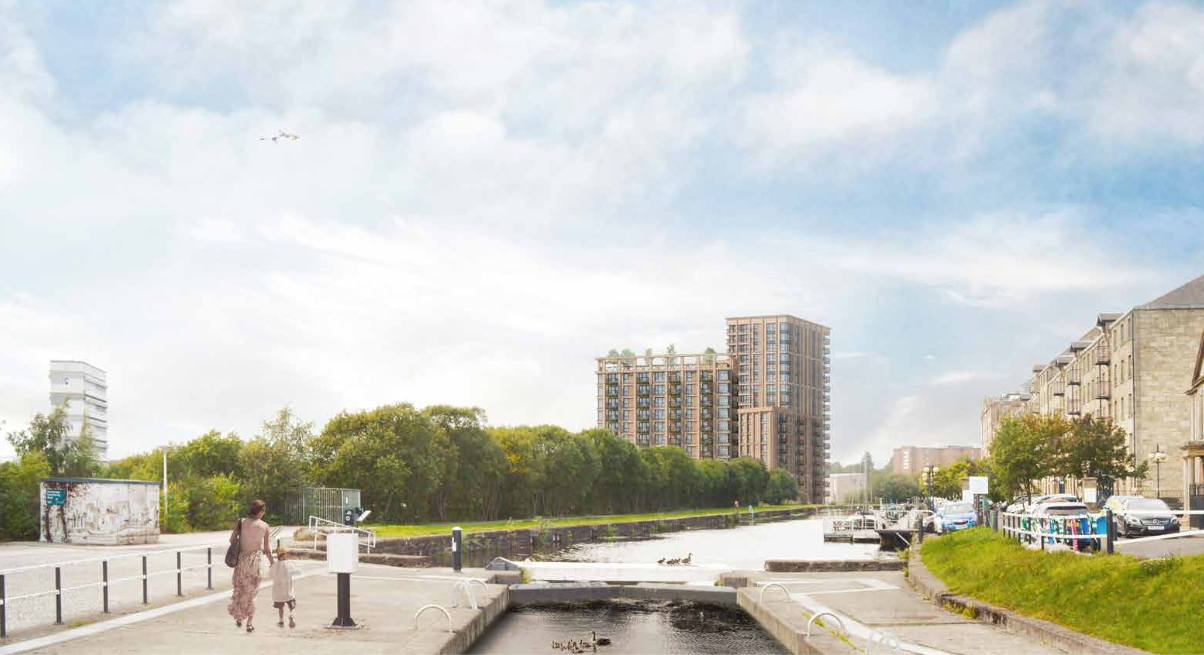 Hoxton’s appeal statement argued: “It is submitted that the application in terms of its approach to design, scale and open space is appropriate for the site, the development type and surrounding area.

“In coming to that conclusion, weight has been given to the wider townscape with its varying building heights, the rising topography towards Dundashill, the flexibility encouraged for build-to-rent developments by Scottish Government guidance and the accessibility of the site to the city centre, canal embankment and sustainable modes of transport.

“In terms of the other material considerations, the proposed development will reuse a longstanding vacant brownfield site, catalyse wider regeneration, deliver jobs and enhance pedestrian access to the canal towpath (including for wheelchair users). 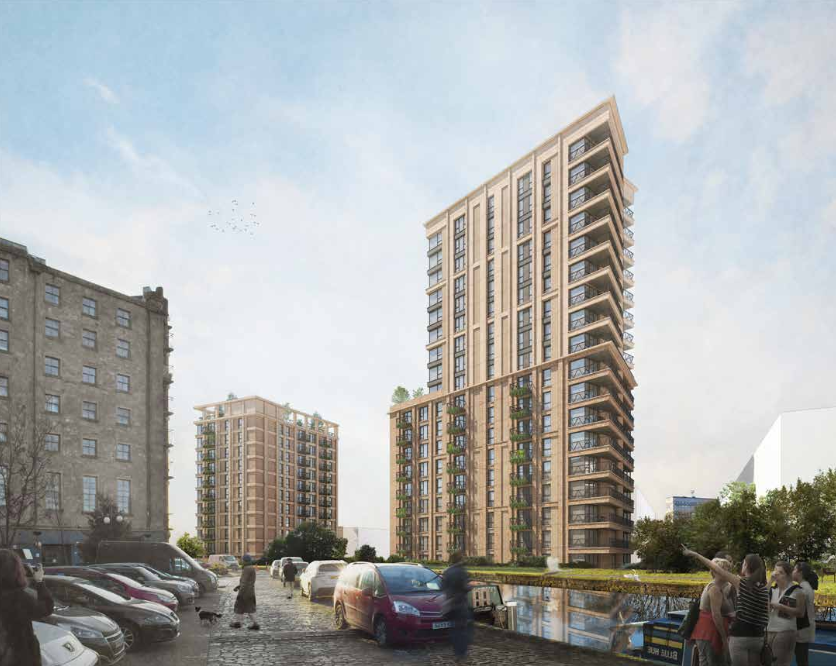 “The north tower will also act as a landmark in a rejuvenated part of North Glasgow and the connections to the canal and surrounding spaces will transform the character of the streetscape. These material considerations are compelling and, it is submitted, outweigh the committee’s concerns.

“This is further supported by the weak, and in cases invalid, reasons for refusal contrary to the officer’s recommendation. The officer recommendation was arrived at based on extensive and positive co-operation and genuine engagement.”

It continued: “Should this development not proceed, at least £50 million (and potentially significantly more) of direct and indirect investment in the area and the resultant regeneration benefits will be lost; in such event the site is likely to remain vacant for the foreseeable future.”