Work is now underway on a major new cycling and walking route linking the east and the west of Edinburgh. 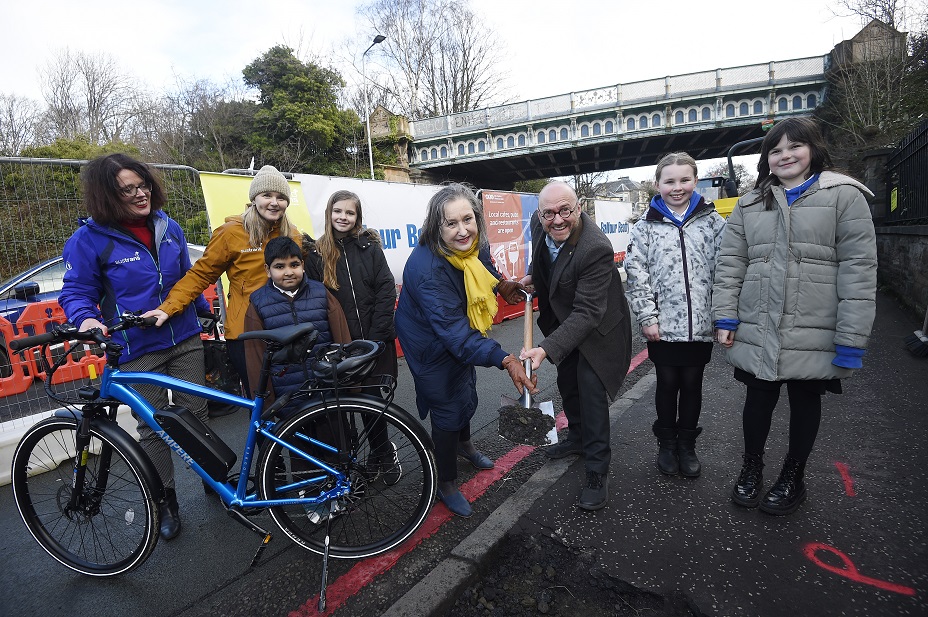 Transport convener Councillor Lesley Macinnes was joined in Roseburn yesterday by Patrick Harvie, minister for zero carbon buildings, active travel and tenants’ rights, and Karen McGregor, portfolio director for Sustrans, to break the ground on the £19.4 million City Centre West to East Link (CCWEL). This has been funded by the Scottish Government via Sustrans.

Local children from Roseburn Primary School and project managers gathered to mark the occasion too. When complete, the scheme will connect Roseburn to Leith Walk via Haymarket and the West End with a safe and direct cycle route, as well as significantly enhancing streets for those walking, wheeling and spending time there. This will tie into a new George Street cycling thoroughfare delivered as part of the George Street and First New Town project.

The project, overseen by contractors Balfour Beatty, is leading the way in sustainable construction, with measures to cut carbon emissions. Site compounds will utilise ‘EcoSense’ cabins in conjunction with an ECONET power management system, which significantly reduces energy consumption and water usage. Project officers will also use e-bikes rather than cars to travel between the site compound and works areas wherever possible, and cycle training has been provided as part of this.

Construction is expected to last around 18 months, with full details of plans available on the dedicated CCWEL website. In the first phase of the section between Roseburn and West Coates there will be some lane closures and changes to parking and bus stops, though traffic will be maintained in both directions.

Councillor Lesley Macinnes, transport and environment convener, said: “I’m thrilled that we’re now delivering the CCWEL, one of the largest pieces of safe walking, wheeling and cycling infrastructure the Capital has seen yet. It’s been really exciting to visit the site and see work get underway – before long, this route will benefit so many people walking, wheeling and cycling to and from the city.

“The CCWEL project is just one of a range of bold initiatives to transform the way we travel around Edinburgh. We are committed to becoming a net zero city by 2030 and a key element of this is encouraging and supporting clean and sustainable modes of transport through projects like this.”

Councillor Karen Doran, transport and environment vice convener, said: “CCWEL has been years in the making, so today marks a real milestone for Edinburgh. Once complete it will provide an essential link between key parts of our existing cycle network to and through the city centre, as well as significantly improving the streetscape along the way.

“Not only will the project impact on the surrounding environment, reducing traffic, air pollution and noise, but it will help benefit people’s health and wellbeing through active travel and relaxed surroundings to spend time in.” 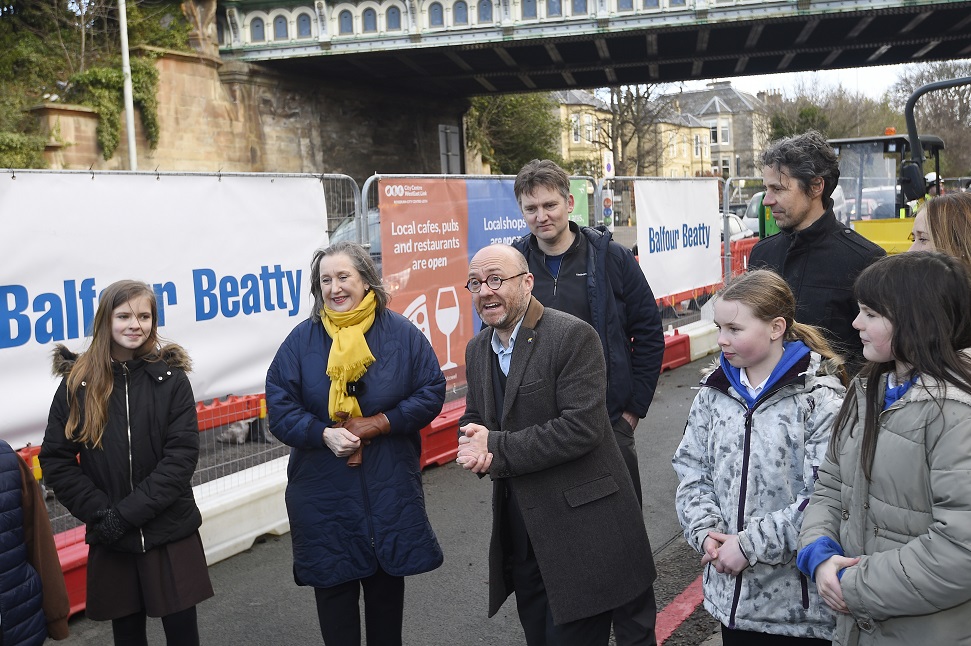 Minister for active travel Patrick Harvie said: “I’m pleased to see Scottish Government funding enable the construction of the City Centre West to East Link. It’s a vital connection which will help people to walk, wheel and cycle in Edinburgh as the natural choice, leading to better health, less congestion and a better environment.

“I want to see many more schemes similar to this in communities across Scotland. That’s why we’re nearly tripling what Scotland invests in active travel over the next three years to at least £320m a year. I’m committed to making sure those record levels of investment lead to real change in our cities, towns and neighbourhoods, delivering safe, attractive places for many more people to walk, wheel and cycle.”

Portfolio director for Sustrans, Karen McGregor, said: “The City Centre West to East Link is a major breakthrough for active travel in Edinburgh. Not only will this deliver safe and accessible walking, wheeling and cycling routes for anyone travelling through the heart of our Scottish capital, it will play an important part in connecting communities in the city’s western and northern suburbs to make their everyday lives healthier and easier.

“The route will also link to several other ambitious projects Sustrans is working on with City of Edinburgh Council. These include the George Street and First New Town project and the Meadows to George Street scheme, which we believe will set the standard for active travel in Scotland going forward.”

Scott Ritchie, senior project manager, Balfour Beatty, said: “We are pleased to be working with the City of Edinburgh Council to deliver this incredibly important scheme which will transform the way people travel, moving from a reliance on cars to active travel.

“The City Centre West to East Link route will reimagine our public spaces in Edinburgh; positively impacting local communities and residents by reducing traffic congestion and air pollution in the city centre and driving down carbon emissions.”

The route, which will be delivered in three sections, will include two-way segregated cycleways from Roseburn to Haymarket connecting via quiet streets to one-way segregated cycleways on each side of Melville Street. Two-way cycleways connecting George Street with Picardy Place via St David Street, Queen Street and York Place will also be introduced. There will be significant improvements to public spaces along the route, as well as new pedestrian crossings, enhanced pavements and street trees.