Wheatley Group has launched a consultation over proposals for around 70 mid-market rent flats at the site of the Shawbridge Arcade in Pollockshaws. 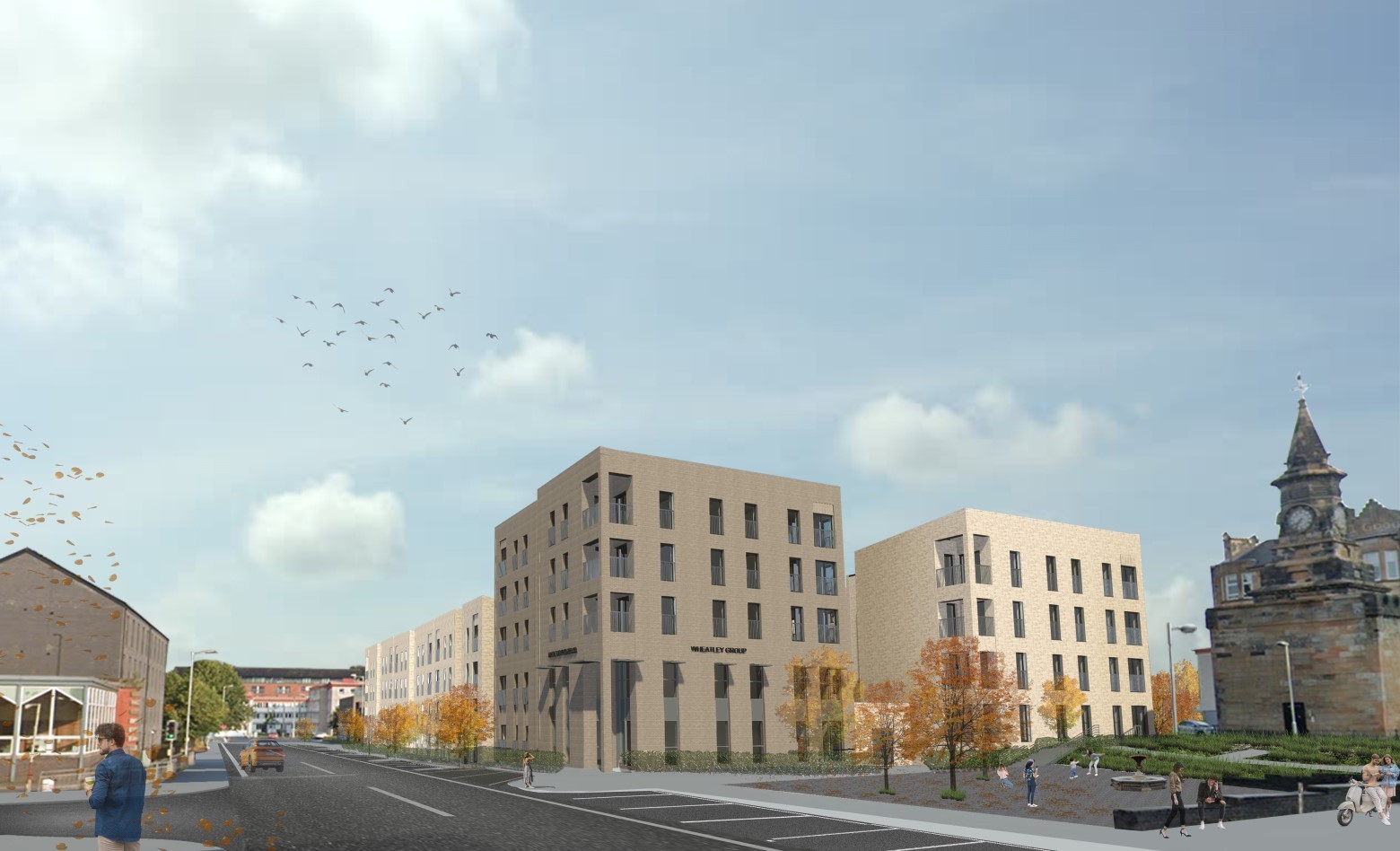 Under plans designed by Coltart Earley Architecture, Wheatley plans to demolish the shopping centre and build eight apartment blocks of four and five floors with a mix of one, two and three-bedroom flats.

The site is one of ten council-owned sites across Glasgow which will be sold to housing associations to ensure the delivery of affordable homes continues post lockdown.

Four sites on London Road/Springfield Road, Spoutmouth/Molendinar Street and the Gallowgate, Shawbridge Street and Cook Street are set to be taken over by GHA.

Pollokshaws Arcade is also included in the list of nominated disposals. 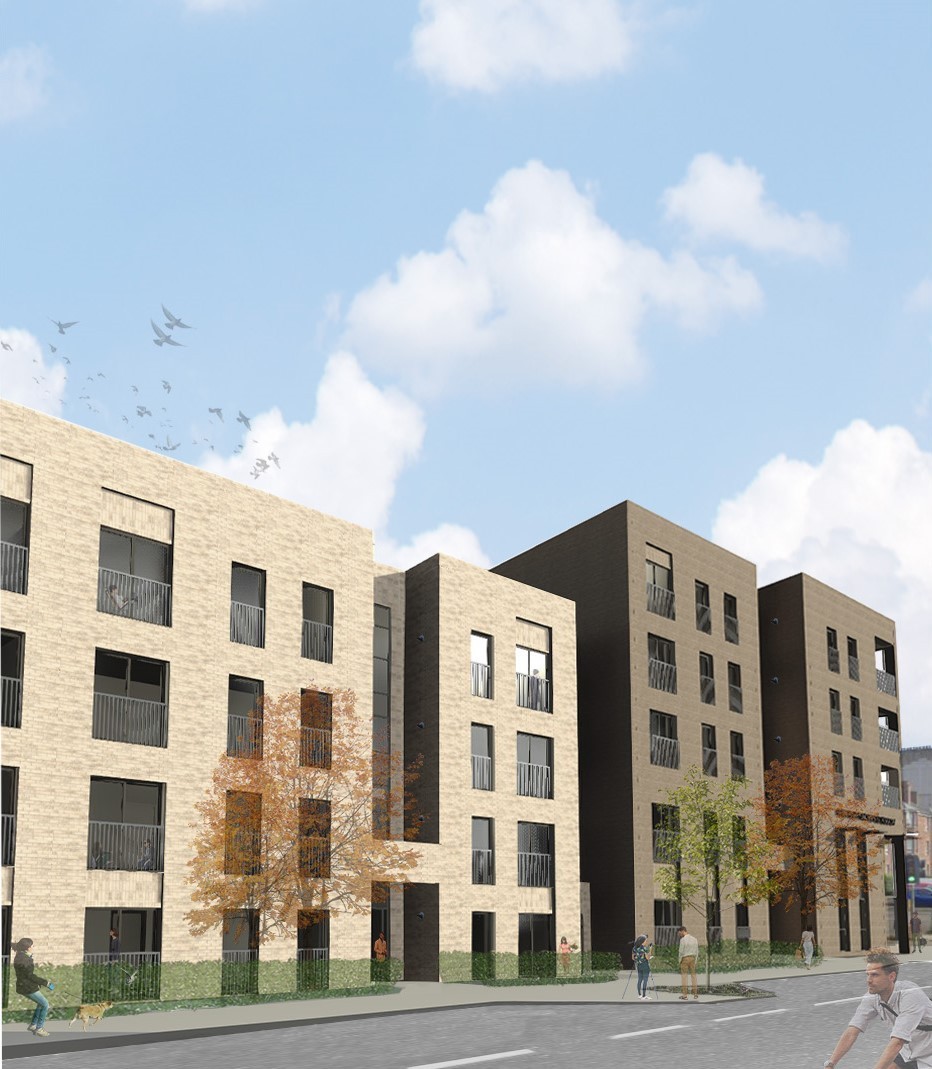 If approved, office accommodation for Glasgow Housing Association would also be provided.

A website set up as part of pre-application consultation states: “The new plans look to identify this part of Pollokshaws by replacing the former retail units with housing.

“The design looks to create a new sense of place to this much-neglected corner of the city. The concept is to design new active street frontages to the three adjacent streets of Ashtree Road, Greenview Street and MacArthur Square/Shawbridge Street.

“Modern iterations of traditional tenements combined with quality landscaping and kerb appeal look to address and improve the street quality.”​ 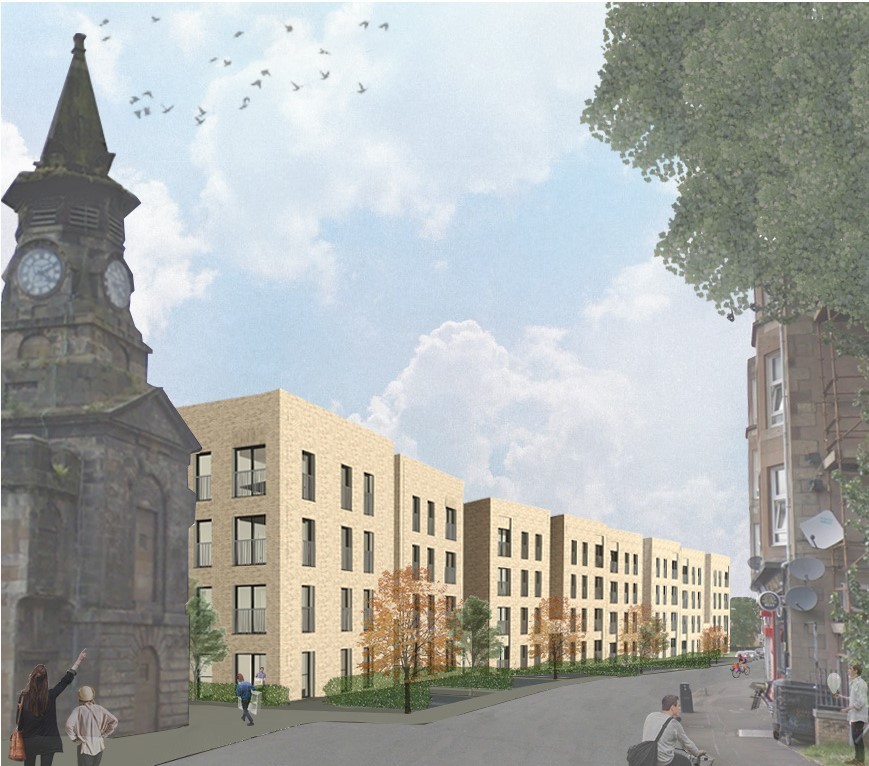 It continues: “The edge of the site facing MacArthur Street, which holds both the Old Town House of Pollokshaws as well as the John Maclean Memorial Cairn, is vitally important.

“The proposals look to activate the corner block by having ground and first floor offices for Glasgow Housing Association anchored on this point.

“A further redevelopment of the landscaping of this adjoining square shall be covered in future by a further planning application.”

“If approved, the development will transform the unoccupied retail space into high-quality, energy-efficient homes, with works anticipated to start this year.”