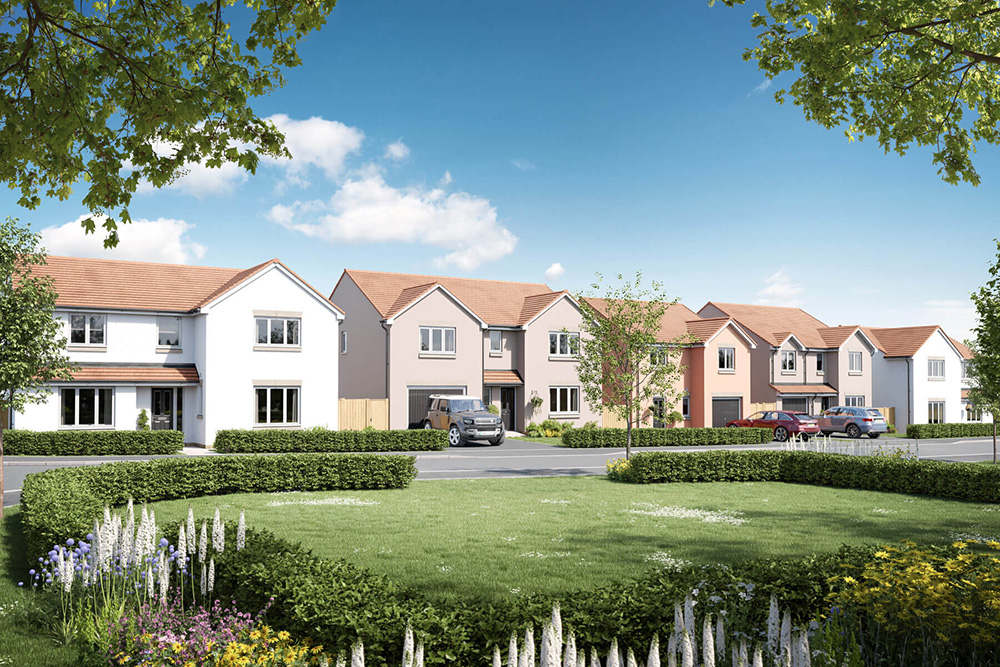 Taylor Wimpey East Scotland has confirmed that construction of new homes at its new Letham Meadows development near Haddington has now started.

Letham Meadows will provide 272 new homes of which 69 will be affordable, and there will be areas of open space within the development to provide an equipped play area as well as a seven-a-side pitch.

The land outlined for this development was allocated in the adopted 2018 Local Development Plan, and it has been designed to integrate with the wider masterplan of the current Letham Mains development, as well as providing a natural extension to the existing development of new homes that are currently for sale by Taylor Wimpey East Scotland.

Pauline Mills, land and planning director for Taylor Wimpey East Scotland, said: “We are so pleased to be starting the construction at Letham Meadows, which further cements our commitment and investment in East Lothian and the delivery of the wider Letham Mains masterplan vision.

“As one of the largest housebuilders in the UK, we are committed to building more than homes and making sure that we add social, economic and environmental value to the wider communities that we operate in.

“As well as delivering an impressive choice of new homes for buyers regardless of where they are on the property ladder, our development at Letham Meadows will contribute over £4.3 million towards improvements to education, sporting provision and transport in Haddington.”