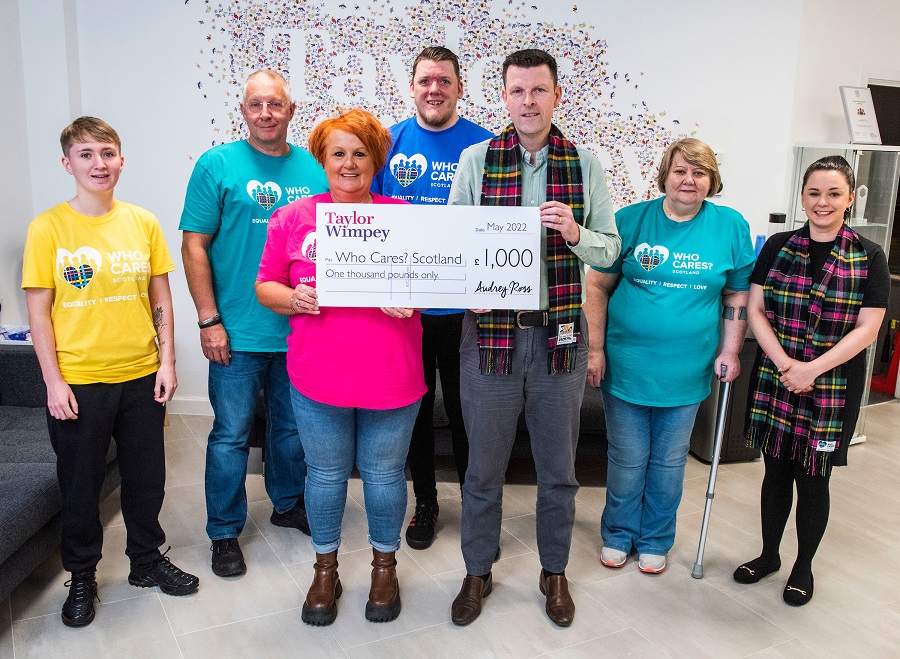 Taylor Wimpey West Scotland has recently donated £1,000 to a local charity based in Paisley called Who Cares? Scotland.

One of the ways it does this is through local opportunities for Care Experienced people to connect through regular groups and events as well as chances to influence change locally and nationally.

Commenting on the support that it has received from Taylor Wimpey West Scotland, Julie McTaggart, Renfrewshire team manager for Who Cares? Scotland said: “On behalf of everyone at Who Cares? Scotland I would like to thank Taylor Wimpey West Scotland for their generous donation of £1,000. This money will go towards the Renfrewshire team’s summer programme allowing local children and young people to take part in activities they might not otherwise have the chance to do such as trips to the seaside or to the Heads of Ayr farm.”

Audrey Ross, sales and marketing director at Taylor Wimpey West Scotland, said: “We are delighted to be able to support Who Cares? Scotland and the incredible service that it provides with our donation. Being able to work with local businesses and organisations that surround our developments, and our regional business means a great deal to us. It’s great to know that we are making more contributions that go directly to making a difference to the lives of people in local communities.”